The JSE closed firmer on Thursday as it shrugged off news that Chinese officials are casting doubts about reaching a comprehensive long-term trade deal with the USA.

This contrasted with the trend in Europe and the USA were stocks retreated on the back of these news. The local bourse seemed to take a leaf from the Nikkei and the Hang Seng which closed 0.37% and 0.9% higher respectively. The drop in global stocks was also compounded by the release of weaker than expected manufacturing and non-manufacturing PMI data out of China.

Locally, Statistics SA released producer inflation data for the month of September. PPI YoY fell to 4.1% from a prior recording of 4.5%. while PPI MoM was recorded at 0.2% which was lower than the prior recorded level of 0.3%. 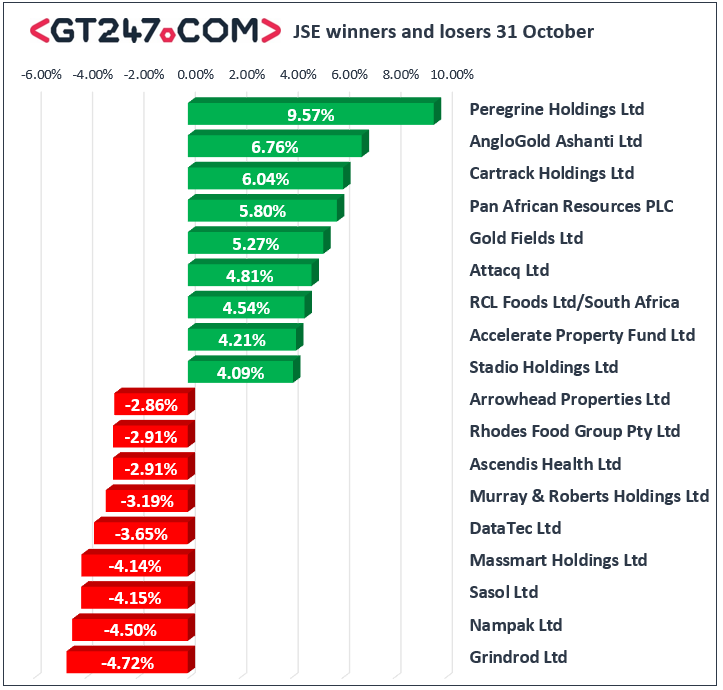 The JSE All-Share index eventually closed 1.25% higher while the JSE Top-40 index managed to gain 1.4%. All the major indices advanced on the day with the biggest gainer being the Resources index which gained 1.6%. The Industrials and Financials indices gained 1.49% and 0.48% respectively.

The rand extended its declines primarily on the back of the budget speech which was read on Wednesday. The rand was trading 0.8% weaker at R15.11/$ at 17.00 CAT.

Brent crude slipped on the back of trade war fears as well as increasing global stockpiles. The commodity was trading 1.61% weaker at $59.27/barrel.