The local bourse did open weaker after a steep sell-off in Asian trading but gains across the blue-chip index saw the All-Share index gain momentum. The JSE was also buoyed by the US markets which opened firmer after strong corporate earnings from Microsoft and Ford.

Locally, Statistics SA released PPI data for the month of September. Producer inflation YoY slowed down to 6.2% from a prior recording of 6.3%, while MoM came in at 0.5% from a previous recording of 0.6%. 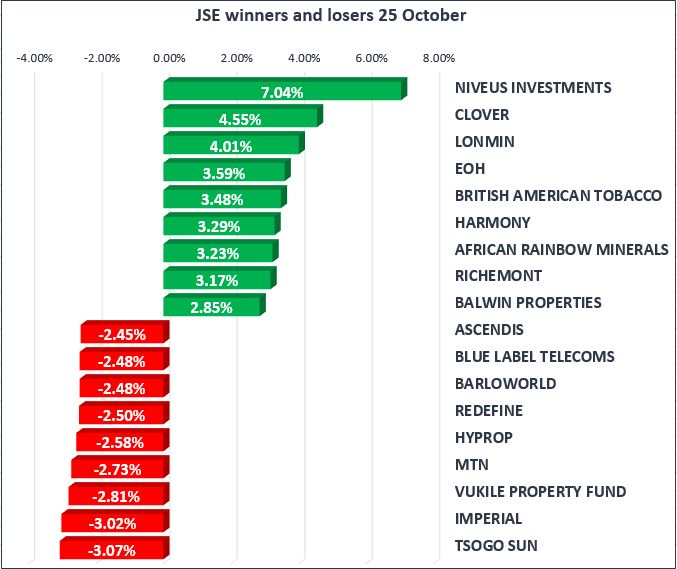 The JSE Top-40 index eventually closed the day up 1.67% while the JSE All-Share index gained 1.47%. All the major indices closed in the green with the biggest gainer being the Financials index which climbed 2.1%. The Industrials and Resources indices gained 1.74% and 0.84% respectively.

Brent crude inched up from its session lows to trade 0.39% firmer at $76.34/barrel just after the JSE close.