The JSE reversed earlier losses as it advanced to close firmer on Wednesday on the backdrop of improved South African retail sales data for the month of November.

Global markets tracked mostly lower on the day despite market participants anticipating that the phase one trade deal between China and the USA was going to be signed later today. With no timeline set on the commencement of the next round of talks and this being a US election year, there are concerns that another protracted back and forth could continue before another agreement is reached. 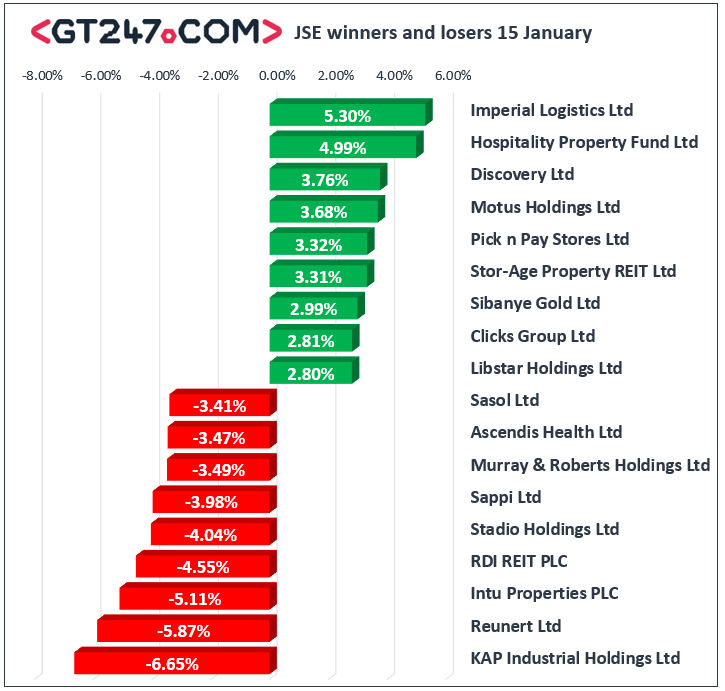 The JSE All-Share index closed 0.17% firmer while the JSE Top-40 index managed to gain 0.2%. The Resources index was the only major index to come under pressure as it lost 0.81%. The Industrials and Financials indices gained 0.8% and 0.48% respectively.

Brent crude remains range bound in the $64/barrel range. The commodity was recorded trading 0.42% weaker at $64.19/barrel just after the JSE close.