The local bourse resumed its downtrend to close lower on Wednesday as the concerns surrounding the trade war remained aloof.

The relief recorded across most of the major global indices in the prior session seemed to have been short lived, as pressure mounted across most of the indices except for Asia where markets traded mostly firmer. Locally, investors eagerly awaited quarterly earnings results from Tencent Holdings in which Naspers [JSE:NPN] holds a significant shareholding. Tencent Holdings recorded its slowest pace of sales growth since listing which led to pressure on the Johannesburg listed Naspers, which dragged the All-Share index lower due to its large weighting on the JSE. 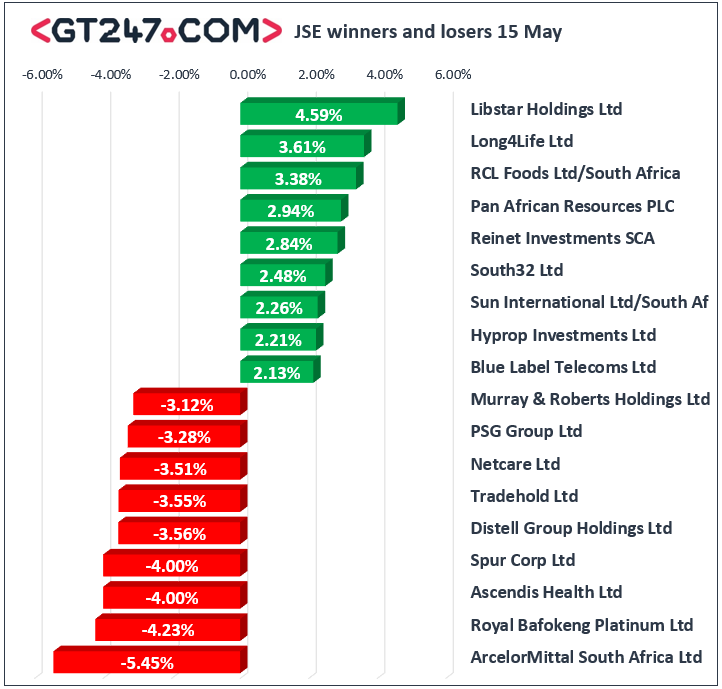 The JSE All-Share index eventually closed 0.34% weaker while the JSE Top-40 index lost 0.4%. Weakness persisted across all the major indices with the exception of the Resources index which eked out gains of 0.09%, while the Industrials and Financials lost  0.43% and 0.72% respectively.

Brent crude recovered from its overnight slump to trade mostly firmer on the day. The commodity was trading 0.65% firmer at $71.67/barrel just after the JSE close.