The attempted rebound on the JSE fell just short as the index slipped into the red right before the close.

There was no rebound recorded for the major Asian benchmarks as the Nikkei tumbled 6.08%, while the Hang Seng and Shanghai Composite Index fell 1.14% and 1.41% respectively. The recovery had stronger momentum in Europe where equity benchmarks tracked higher on the day. The gains were mainly attributed to the measures being taken by governments and central banks to minimize the adverse impact of the economic stagnation being caused by the virus. US equity markets also opened sharply higher on the day as momentum from the equity futures surge was maintained. 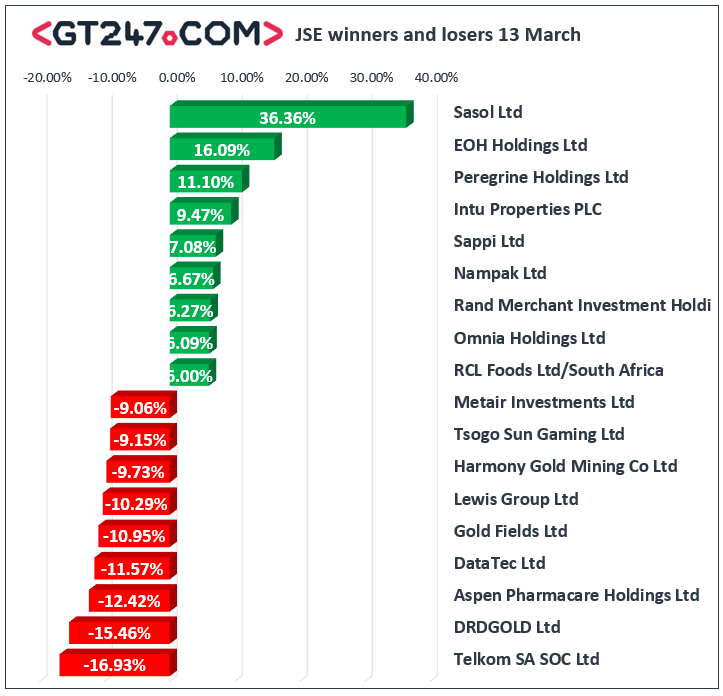 The JSE All-Share eventually closed 0.28% lower while the JSE Top-40 index shed 0.15%. The Resources index maintained its momentum as it closed 2.22% firmer, while the Industrials and Financials lost 1.37% and 0.57% respectively.

Brent crude was trading 2.11% higher at 33.90/barrel just after the JSE close as it also recovered with other global stocks.