JSE rallies on the back of positive Chinese sentiment

The JSE closed higher on Tuesday as the big jump in Asian counters inspired a rebound in global stocks.

Chinese stocks shrugged off the prevailing trade war concerns which saw the Shanghai Composite Index jump 2.92% as investors turned bullish on the prospects of increased government spending. In Hong Kong, the main benchmark rose 1.54% while the Nikkei firmed by 0.69%. European counters rode the wave as they also inched higher on the day.

The rand did not react negatively to the data as the weaker US dollar gave it an impetus to strengthen. The rand reached a session high of R13.27/$ before retracing marginally to trade at R13.31/$ at 17.00 CAT. 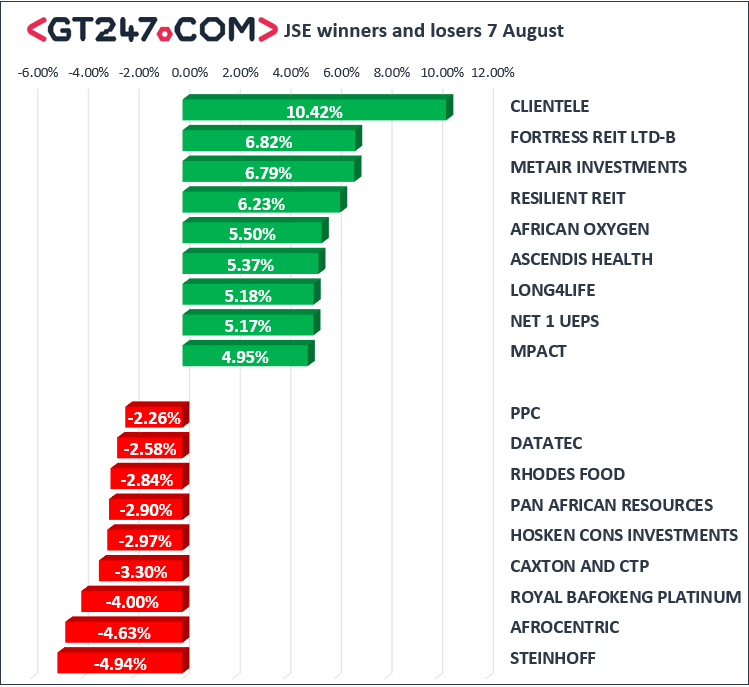 The JSE Top-40 index eventually closed the day up 1.56% while the JSE All-Share index managed to add 1.49%. All the major indices managed to close in the green with the Resources index benefitting the most after adding 1.88%. The Industrials index firmed by 1.76% while the Financials index added 0.58%.

Brent crude continued to rally following the news about Saudi Arabia’s potential intervention to increase oil supply. The commodity rallied to a session high of $74.90/barrel before retracing to trade at $74.49/barrel just after the JSE close.