The JSE firmed on Thursday along with other major global markets as focus shifted from the Sino-USA trade war.

The JSE rallied to close firmer on Friday following the announcement of the economic stimulus plan by President Ramaphosa.

The speech saw the rand rally to a session high of R14.18 against the US dollar as the greenback traded weaker earlier. The US dollar pared its losses towards the JSE close following the British prime minister’s Brexit speech which saw the sterling pound slump by more than 1.5% against the greenback. Subsequently the rand retreated from its session highs to be recorded at R14.30/$ at the JSE close. 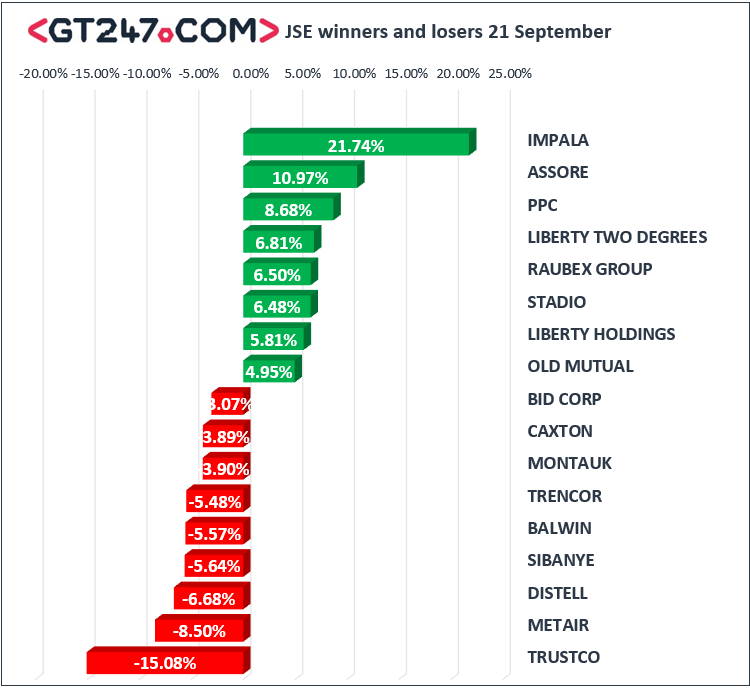 The JSE All-Share index maintained its momentum eventually closing the day up 1.09%, while the blue-chip Top-40 index managed to gain 1.17%. The Financials index was the biggest gainer of the day after adding 2.54%. The Industrials and Resources indices gained 0.93% and 0.3% respectively.

Brent crude tracked higher in today’s session as it peaked at a session high of $80.12/barrel. It was trading 1.63% firmer at $79.98/barrel just after the JSE close.