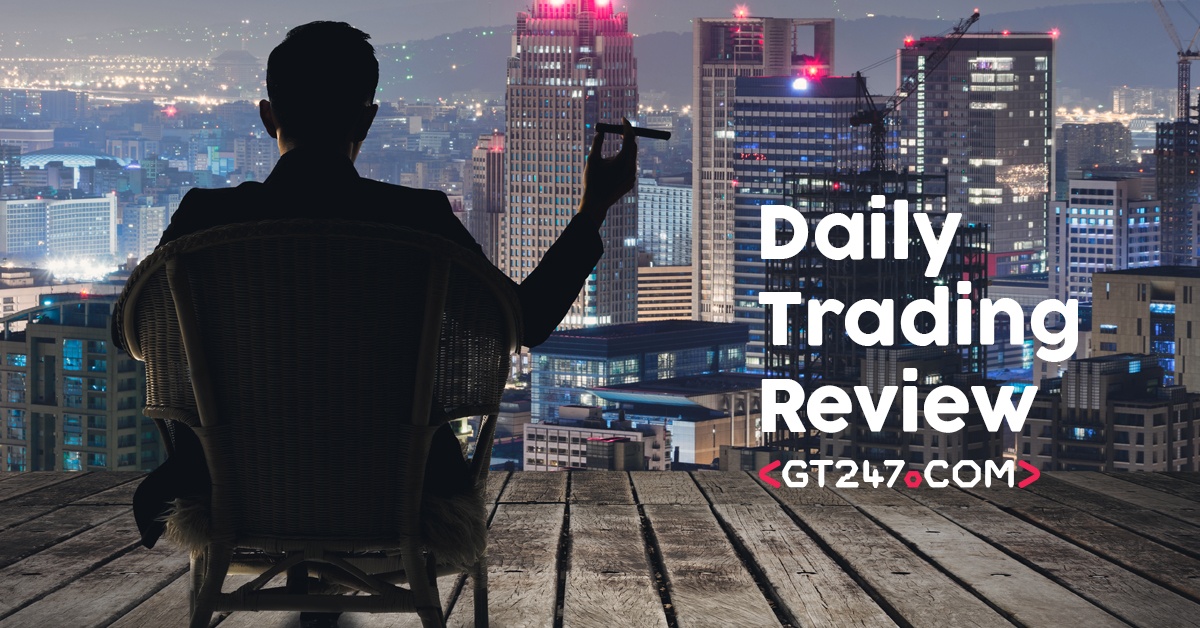 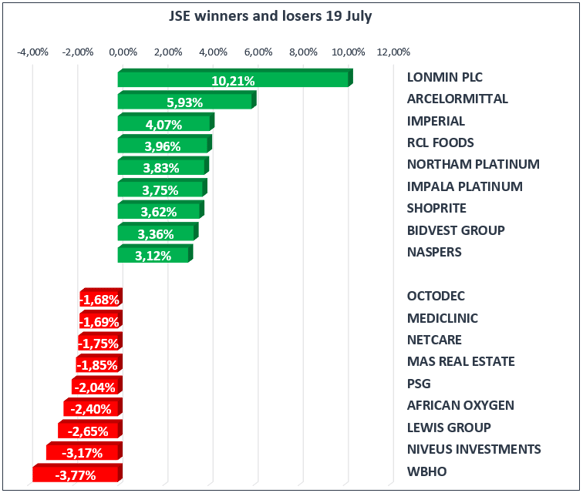 The JSE closed firmer today as it was propelled by the media giant, Naspers (NPN), which closed up 3.12%.

The move higher in Naspers was as a result of its associate Tencent Holdings, which closed up 3.91% on the Hang Seng this morning. As a result, Naspers opened higher today and traded higher for the entire trading session.

The JSE All-Share Index firmed by 1.56%, whilst the blue chip Top-40 Index closed up 1.75%. The Resources Index eventually closed 1.32% higher after a mixed trading session. The Financials Index closed up 1.84% as most financial stocks on the JSE were trading in the green. The Industrials Index managed to close the day up 1.68%.

The Rand was flat today as it mainly traded within a 5 cents range. It reached lows of R12.96 against the US Dollar as the greenback tried to stage a minor comeback after its slide yesterday. When the JSE closed the Rand was trading at R12.93/$.

On the economic data front, StatsSA released CPI and Retail Sales data which beat estimates. CPI year-on-year came in at 5.1% on the back of an estimate of 5.2%, whilst Retail Sales year-on-year was recorded at 1.7% on the back of a forecast of -0.3%. The decrease in inflation should bring some relief to consumers and it might start to fuel speculation of a possible rate hike. Investors now shift their attention to the South African Reserve Bank interest rate decision which is expected tomorrow afternoon.

Gold opened slightly weaker today as the US Dollar tried to recover from the carnage that we saw yesterday. It only managed to reach an intra-day high of $1244.66 per ounce before trading weaker for most of the day. It dragged with it some of the gold miners on the JSE, and as a result stock such as AngloGold Ashanti & Harmony Gold closed down 1.09% and 0.95% respectively. At the JSE close, Gold was trading at $1241.71 per ounce.

Brent Crude had a positive day as it traded in the green for most of the day. It managed to spike up to reach an intra-day high of $49.68 just after the release of this week’s US Crude Oil Inventories numbers. The inventories data came in worse than expected as it indicated a draw of 4.72 million barrels for last week, this was on the back of an estimate of 3.46 million barrels. Sasol managed to close firmer on the day, up 1.16%.