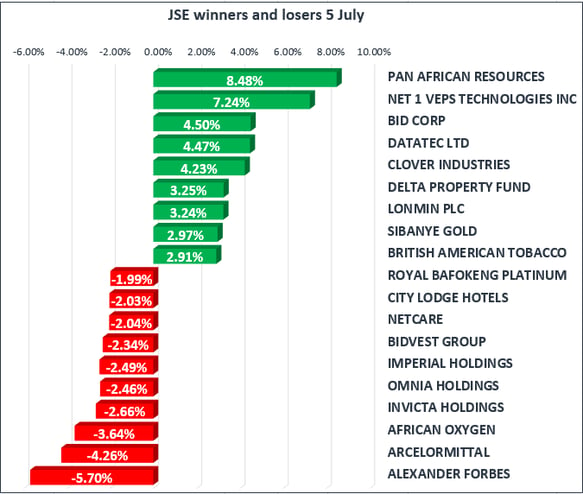 The Rand weakened significantly today against most major currency pairs after the ANC made an announcement proposing the nationalisation of the Reserve Bank. The local currency weakened to intra-day lows R13.49 against the greenback, after opening at R13.19 this morning.

Rand hedge stocks on the JSE rallied on the back of this weakness in the local currency, which saw stocks such as Richemont, Sappi & Mondi Ltd closing firmer on the day. This announcement about the Reserve Bank puts further doubt as to whether the central bank will be able to maintain its independence in making policy decisions. This is particularly worrying given the recent recommendation put forward by the Public Protector, with regards to changing the bank’s mandate.

The selloff in bonds continued & the benchmark R186 10 year bond yield managed to inch up to an intra-day high of 8.86%. Local bonds have been consistently sold off over the past week as uncertainty has continued to increase particularly with regards to the independence of the central bank.

Brent Crude had a significant setback today after prices fell by more than US$1. This was after Russia announced that it would not be participating in further oil production cuts as that would bring instability into global supplies. Russia is one of the world’s largest producers of crude oil & its contribution is of importance to global supplies. Brent Crude was recorded at $48.01 per barrel when the JSE closed, this was after it dropped from an intra-day high of $49.84 per barrel. Sasol managed to close in the green despite this move in Brent Crude and it closed up 0.2% for the day.

Gold was mostly flat in today’s session as the US Dollar recorded modest gains against major currency pairs. The metal started the day off on a positive note on the back of increased geopolitical tensions between the USA & North Korea. However US Dollar strength curbed these gains and the metal lost some ground in the afternoon, it was trading at $1222.05 per ounce when the JSE closed. Gold miners on the JSE traded in a fairly wide range but eventually the Gold Index managed to close in positive territory, up 2.44% mainly thanks to the weaker Rand.

Platinum and Palladium remained under pressure in today’s session failing to gain any upside momentum. However thanks to the weaker Rand this weakness in commodities did not filter onto Platinum & Palladium producers on the JSE, as stocks such as Anglo American Platinum & Impala Platinum closed up 1.46% & 2.71% respectively. The Platinum Mining Index closed up 1.87%.