The JSE traded mostly flat on Friday as it struggled to gain significant momentum following a tough trading session in Asia.

The Nikkei fell 1.13% while the Hang Seng and Shanghai Composite Index lost 1.87% and 1.86% respectively. European equities bared no brunt from the Asian trading session as all the major bourses advanced on the back of progress in the US-China trade talks. 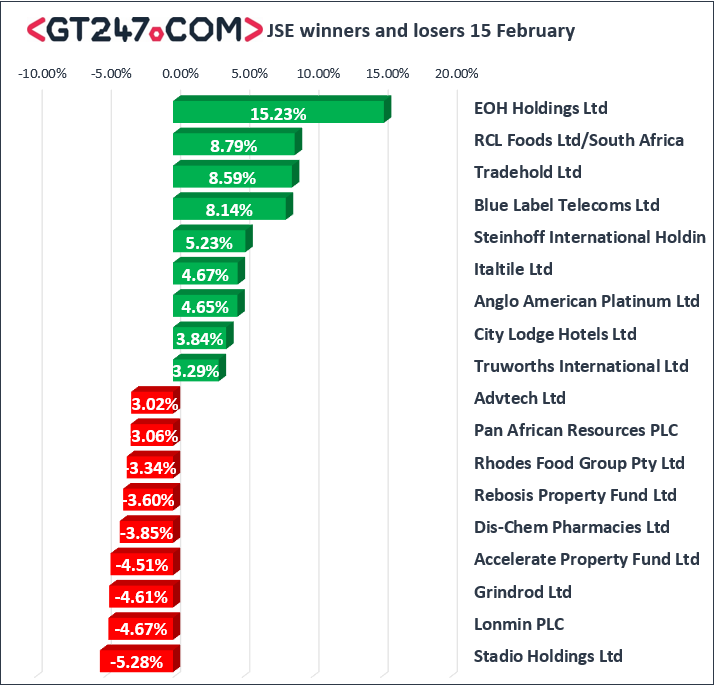 Discovery Ltd [JSE:DSY] closed weaker following the release of its trading update which highlighted a decrease in earnings due to expenditure on the launch of their bank. The stock closed the day 1.57% lower at R142.72. Gold Fields [JSE:GFI] released its full-year results which flagged a decrease in cash flow from operating activities and a bigger loss per share. The stock ended the day down 0.17% at R52.48. Harmony Gold [JSE:HAR] dropped 2.97% to close at R27.49, while Sibanye Stillwater [JSE:SGL] lost 2.66% to close at R14.26.