Trading on the JSE got off to a lukewarm start as the local bourse traded mostly flat on Monday.

Global markets retreated as investors shifted their focus to corporate earnings from China and the USA. Some of the USA’s biggest banks are expected to release their earnings towards the end of the week, which could potentially set the market tone for the next couple of weeks. Sentiment in today’s session was further hampered by the downgrading of General Electric’s rating by JP Morgan which saw the stock tumble.

The US dollar pulled back in today’s session as it broke below 97 points on the US dollar index to reach a session low of 96.982 points. This supported the rand which managed to post gains after starting the day on the back foot. The rand reached a session high of R14.06/$ before it retreated to trade 0.11% weaker at R14.12/$ at 17.00 CAT. 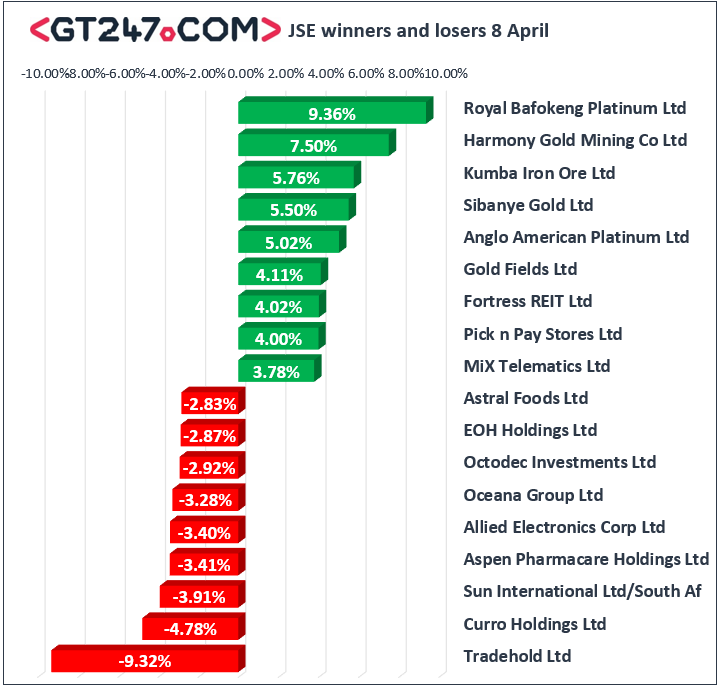 Brent crude breached $70/barrel as data continues to show a decline in global output levels from oil producers. The commodity was trading at $70.81/barrel just after the JSE close.