The JSE edged higher on Monday as it took a leaf from Chinese markets which resumed trading after a week-long holiday.

In mainland China the Shanghai Composite Index closed 1.82% firmer while in Hong Kong the Hang Seng managed to add 0.71%. In Europe stocks were also buoyant on the back of minor optimism for the resumption of trade talks between the USA and China. Concerns still linger around global economic growth which has resulted in demand for less riskier assets such as bonds and the US dollar surging. 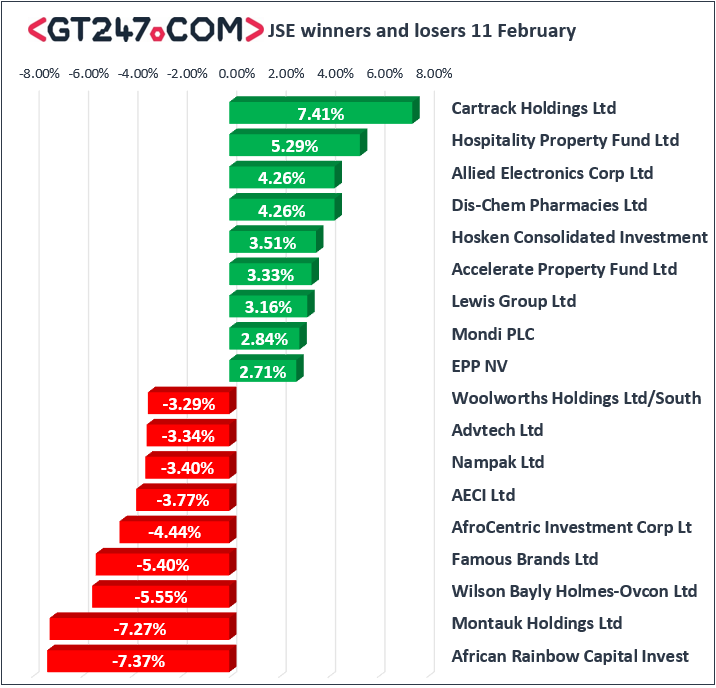 The JSE Top-40 index eventually closed the day 0.47% firmer, while the broader JSE All-Share index gained 0.69%. The Financials index was the only major index to close weaker as it shed 0.57%. The Industrials and Resources indices added 1.44% and 0.41% respectively.

On the currency market the buoyant US dollar resulted in weakness across most emerging market currencies including the rand. The rand fell to a session low of R13.77 before being recorded at R13.76/$ at 17.00 CAT.

Broad based weakness across the commodity market saw brent crude to a session low of $61.15/barrel. The commodity was trading at $61.21/barrel just after the JSE close.