JSE holds on to gains in tentative trading

The JSE rebounded on Friday following consecutive sessions of losses due to negative global sentiment.

Global markets were relatively tentative ahead of the release of the all-important Non-Farm Payrolls data out of the USA which was pencilled for release at 1530 CAT. The number came in worse than expected as the US economy managed to add 155 000 jobs versus an expectation of the addition of 200 000 jobs. Average Hourly Earnings MoM also advanced slower than anticipated as the grew 0.2% compared to a forecast of 0.3%. The unemployment rate was unchanged at 3.7%.

The rand weakened significantly on Thursday mainly on the back of US dollar strength. The weaker US jobs data saw the greenback pull back which gave way for the rand to strengthen. The rand peaked at R13.92/$ following the release of US jobs data, before it retraced to trade at R13.96/$ at 17.00 CAT. 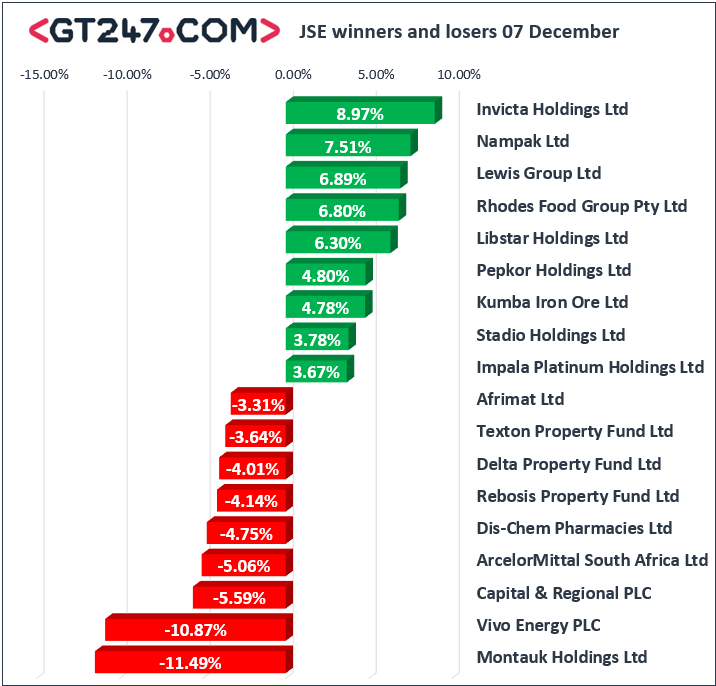 The JSE All-Share index eventually closed 0.48% higher, while the JSE Top-40 index gained 0.54%. The Financials index closed flat after only managing gains of 0.02%. The Industrials and Resources indices gained 0.44% and 0.76% respectively.

Brent crude probably recorded the biggest jump of the day after OPEC agreed to a larger than expected oil output cut at its meeting. Brent crude was trading 5.59% firmer at $63.42/barrel just after the JSE close.