The JSE inched higher on Tuesday as global equity indices gave a mixed reaction to the proceedings in the UK parliament.

The British parliament is expected to vote in what has been termed the “meaningful vote” in which Prime Minister, Theresa May hopes to get lawmakers to back her latest Brexit deal which now has further legal assurances from the European Union. The sterling pound surged overnight mainly on the back of the EU assurances, but the ultimate decision lies with the UK parliament and more volatility could ensue if the MPs reject the deal. 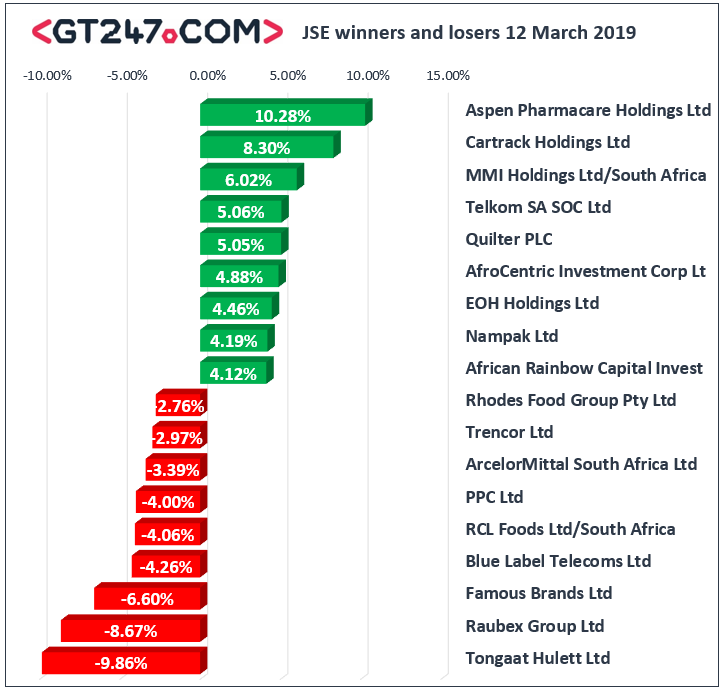 The JSE All-Share index eventually closed 0.21% firmer while the blue-chip JSE Top-40 index added 0.16%. The Financials index advanced to close 0.91% firmer, while the Industrials index was flat as it only shed 0.02%. The Resources index was unchanged on the day.

The rand has remained resilient against the greenback as it continues to score small gains. The local currency peaked at a session high of R14.22/$ before it retraced to trade 0.22% firmer at R14.28/$ at 17.00 CAT.

Brent crude continued to ride the positive wave which started in the previous session due to pledges of deeper output cuts by the world’s biggest crude oil producer, Saudi Arabia. Brent crude was trading 0.59% firmer at $66.97/barrel just after the JSE close.