The JSE closed firmer on Thursday led by gains mainly from the industrials sector.

Sentiment has continued to improve in the Asian markets as news emerged that the Chinese are optimistic of a possible resolution to the trade war. US corporate earnings have remained largely positive particularly from market giants, which has helped shift the momentum in terms of market direction. 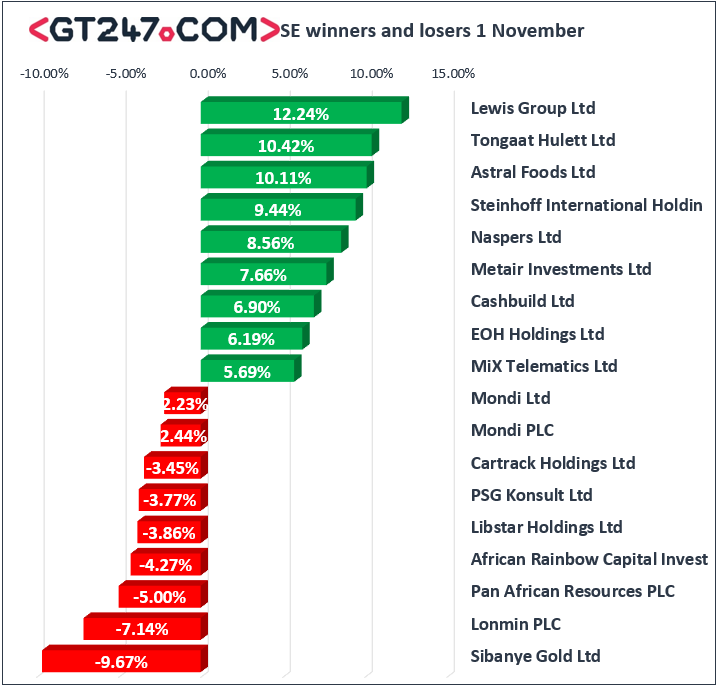 The JSE All-Share index maintained its gains eventually closing 2.27% higher, while the blue-chip JSE Top-40 index gained 2.42%. The Industrials index was the biggest gainer of the day after adding 3.55%. The Resources and Financials indices rose by 0.81% and 1.54% respectively.

The rand gained over 2% against the US dollar as the greenback retreated against a basket of major currencies. The local currency firmed to a session high of R14.45 which is also where it was trading at 17.00 CAT.