The JSE extended its gains on Friday led yet again by gains on the resources index.

With Moody’s Investors Service scheduled to release South Africa’s ratings review on Friday evening, local stocks edged higher despite a rather pessimistic outlook from investors given Wednesday’s budget speech. The local bourse also rose in line with other global stocks which were upbeat thanks to better than expected Chinese manufacturing data as well as a surprise beat in US jobs data.

The rand held steady against the US dollar following consecutive sessions of weakness. However, volatility is expected when Moody’s announces South Africa’s sovereign rating. The rand fell to a session low of R15.16/$ before it was recorded trading 0.23% firmer at R15.05/$ at 17.00 CAT. 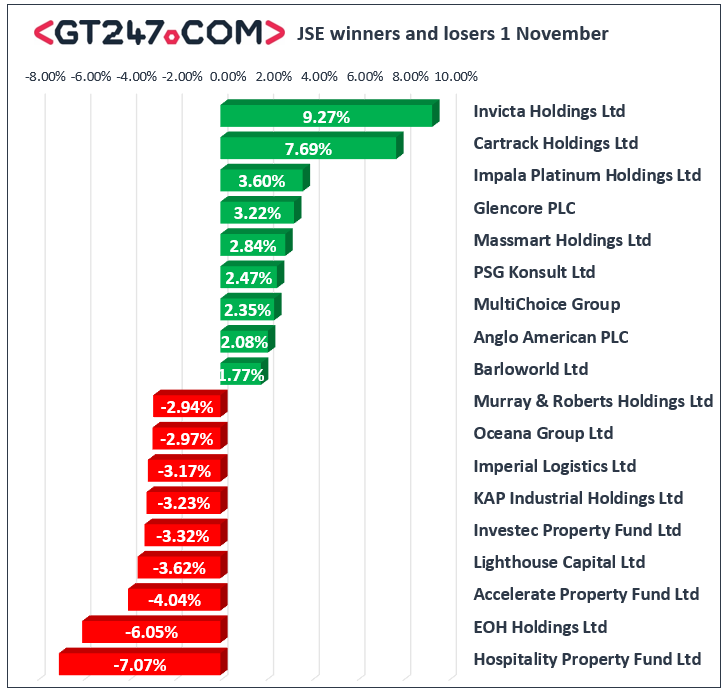 The JSE Top-40 index eventually closed 0.54% firmer while the broader JSE All-Share index gained 0.41%. The Financials index was the only index to close softer as it lost 0.3%. The Industrials and Resources indices gained 0.34% and 1.24% respectively.

Brent crude rebounded from its overnight lows to be recorded trading 1.93% higher at $60.77/barrel just after the JSE close.