The JSE closed weaker on Monday as it erased earlier gains primarily on the back of losses which were recorded in health sector stocks.

Globally, sentiment still remains mostly bearish as investors are still fretting over the potential implications of the current escalation of the trade war between China and the USA. Locally, the beatdown in health sector related stocks continued as investors ran over the uncertainty of the proposed National Health Insurance bill and its possible impact.

The rand also had another tough session as it fell to a session low of R15.46/$ as emerging market currencies in general retreated against the greenback. The rand did rebound marginally from its session lows to be recorded trading 0.59% weaker at R15.33/$ at 17.00 CAT. 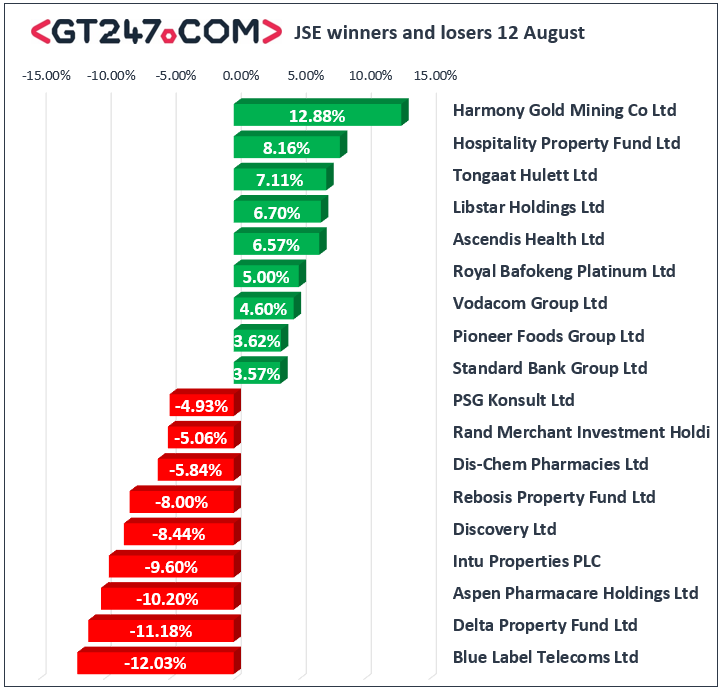 The JSE All-Share index eventually closed 0.33% weaker while the JSE Top-40 index lost 0.21%. The Resources index managed to gain 1.31%, however the Industrials and Financials indices lost 0.74% and 1.15% respectively.

Oil traded mostly steady as traders looked for fresh clues on global stockpiles and demand. The commodity was trading 0.09% firmer at $58.59/barrel just after the JSE close.