The JSE reversed earlier gains in the afternoon session as it slumped to close weaker on Thursday.

The local bourse had managed to open firmer following a rally in Asian stocks in earlier trading. However, the turn was brought about by a flurry of weak readings across a range of economic data starting with a lower GDP number for Europe, and a higher than expected unemployment claims number out of the USA. This data showed how rapidly growth is deteriorating across some of the world’s largest economies as a result of the pandemic.

The rand weakened along with other emerging market currencies as investors fled to safe-haven currencies. The local unit was trading 1.34% weaker at R18.37/$ at 17.00 CAT. This was after it had tried to breach R18/$ after peaking at a session high of R18.01/$. 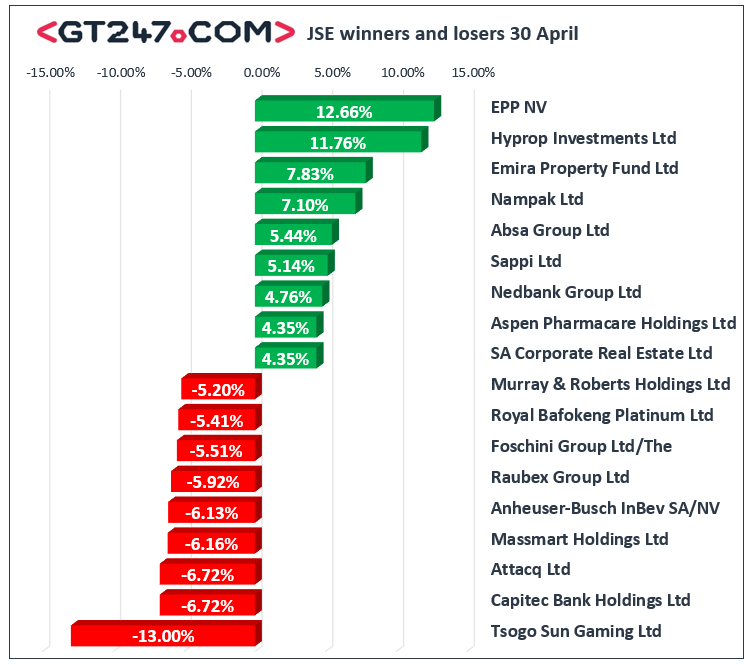 The JSE Top-40 index eventually closed 1.03% while the JSE All-Share index fell 1.02%. The Financials index eked gains of 0.3%, however the Resources and Industrials indices retreated 2.06% and 0.86% respectively.