The ongoing trade talks between the USA and China continue to dominate global market sentiment, and this was more evident today with the release of Manufacturing PMI data from key markets such as Germany, the Eurozone and the USA which came in worse than anticipated. This further highlights the importance of these talks to global trade and ultimately global growth.

The US dollar weakened against a basket of major currencies as indicated by the US dollar index in earlier trade. This was due to the sentiment surrounding the USA’s ISM Manufacturing data release. As a result, the rand rallied to a session high of R13.87/$ along with other emerging market currencies. However, the gains were short-lived because the US dollar recouped all its losses to trade firmer on the day. At 17.00 CAT, the rand was trading 0.01% weaker at R14.01/$. 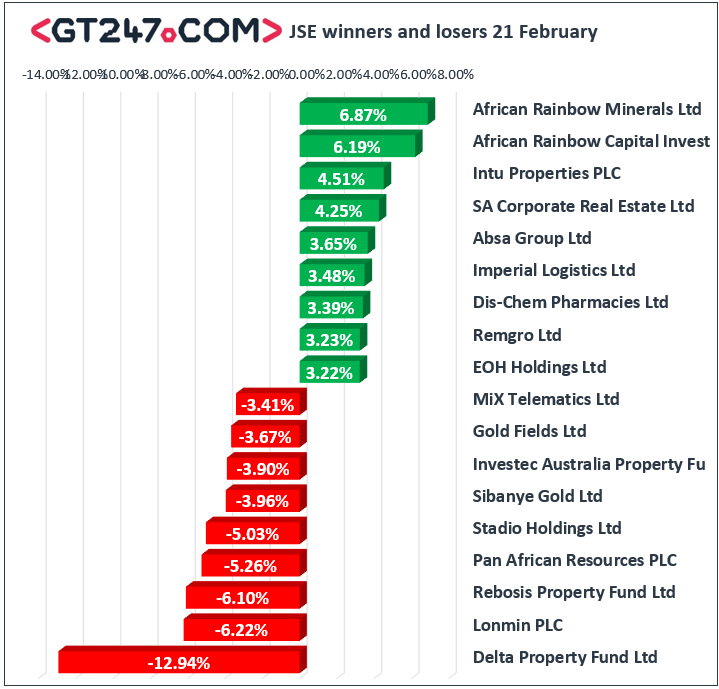 The JSE All-Share index eventually closed 0.09% weaker, while the JSE Top-40 index shed 0.1%. The Financials index stood out as it gained 1.38% on the day, however the Resources and Industrials indices shed 0.98% and 0.43% respectively.

Brent eased mildly following speculation of higher US crude oil inventories recorded over the past week. The commodity was trading 0.03% weaker at $67.06/barrel just after the JSE close after having traded mostly weaker on the day.