JSE down in relatively mixed session

The JSE retreated on Tuesday as global markets traded relatively mixed as they try to gauge the possible outcomes from Brexit and trade talks between China and the USA.

Locally, there was disappointment in terms of economic data as the Business Confidence indicator for the 4th quarter came in weaker than expected at 31, instead of the anticipated reading of 40. On the JSE, broad-based sentiment continued to be the main driver of market direction. Stocks in Europe were mostly weaker despite a mixed trading session in major Asian bourses earlier. 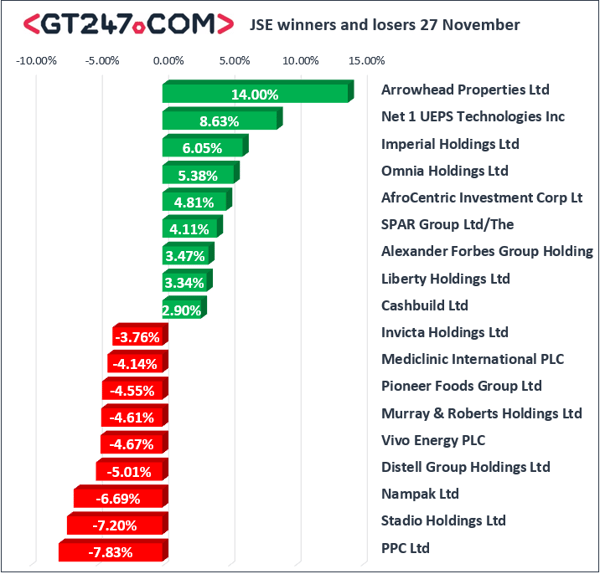 The JSE All-Share index eventually closed 0.65% weaker while the JSE top-40 index lost 0.7%. The Financials index was the only index to close firmer after it managed to eke out gains of 0.15%. The Industrials and Resources indices fell 0.78% and 1.34% respectively.

Brent crude continued on its rebound from its recent lows as briefly traded above $61/barrel. The liquid gold was trading 0.84% firmer at $60.99 just after the JSE close.