The JSE closed weaker on Wednesday as blue chips weighed down on the index. 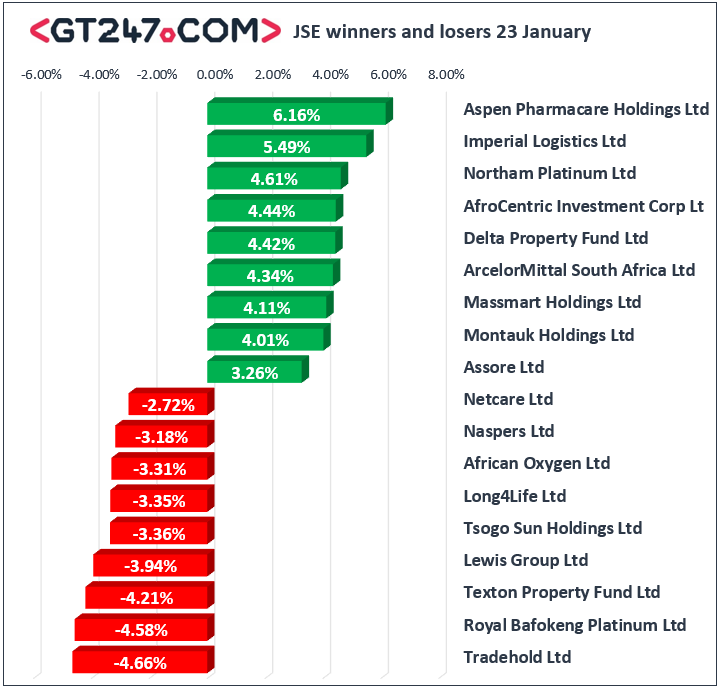 The JSE All-Share index eventually closed 0.42% weaker while the blue-chip JSE Top-40 index lost 0.56%. The Industrials index was the only major index to close in the red as it lost 0.97%. The Financials and Resources indices managed gains of 0.32% and 0.17% respectively.

Brent crude traded mixed on the day, however it was trading 0.34% firmer at $61.71/barrel just after the JSE close.