The JSE closed weaker on Tuesday as it tracked other global markets lower following the International Monetary Fund’s downward revision of its global growth forecast.

The IMF’s latest edition of the World Economic Outlook released on Tuesday showed that the fund lowered its world economic growth forecast for 2019 to 3.3% from 3.7%, while in 2020 the world economy is now expected to grow by 3.6% instead of 3.7%. South Africa’s economic growth rate was also revised downwards from 1.4% to 1.2% for 2019.

Trade tensions have escalated between the USA and the European Union as Donald Trump has threatened tariffs on at least $US11 billion worth of products, over the current aircraft dispute between US and European aircraft manufacturers. This was another factor which led to weaker sentiment in today’s trading. 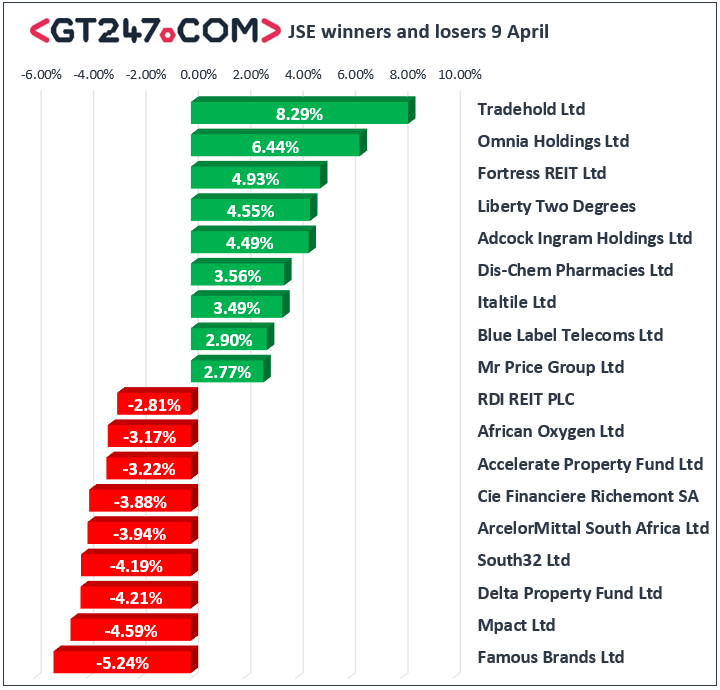 Brent crude pulled back to below $71/barrel in today’s session as it paused from its rally. The commodity was trading 0.8% weaker at $70.52/barrel just after the JSE close.