The JSE fell on Friday as cautious trading ensued due to the thanksgiving holiday in the USA.

Trading volumes across most equity markets were relatively low due to the limited trading hours of US stock markets because of the holiday. Today’s slide was compounded by the release of weaker Purchasing Managers Index data for the Eurozone, which ignited concerns that growth could be slowing within that bloc. This in conjunction with Brexit and the current trade war between the US and China could have further detrimental effects on the economy of the union. 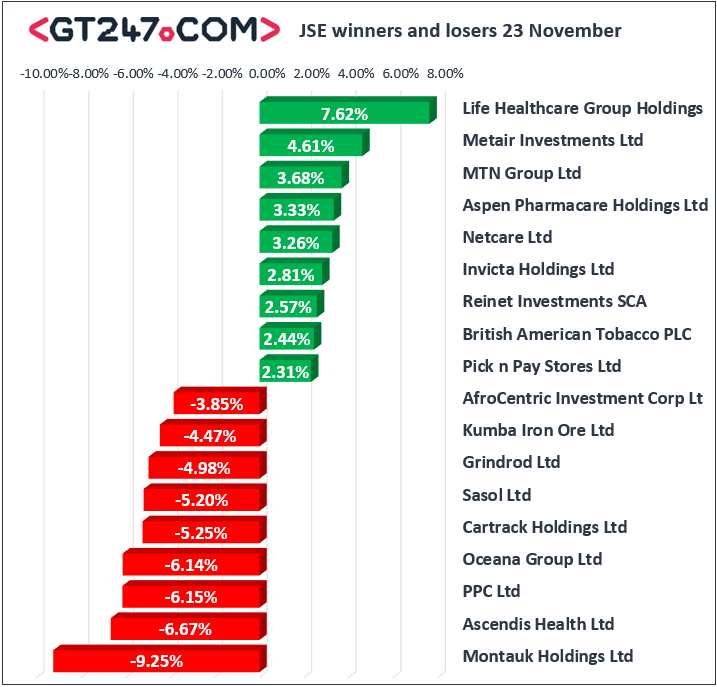 The rand traded marginally weaker against the greenback due to the US dollar advancing. The local currency retreated to a session low R13.90/$ before being recorded at R13.88/$ at 17.00 CAT.

Brent crude recorded one of its steepest intra-day declines to reach a session low of $58.92/barrel. The commodity was down 5.48% to trade at $59.17/barrel just after the JSE close.