The JSE paused its significant downtrend on Tuesday as earlier gains from financials and resources saw the local bourse trade mostly flat.

The minor strength on the JSE was also aided by a rebound in European counters as well us equity futures which traded mostly firmer on the day despite a weaker trading session earlier in Asia. Local financials were buoyant on the back of a firmer rand which rebounded following weakness in the prior session.

In terms of local economic data there was some disappointment as Statistics SA released South Africa’s 1st quarter unemployment rate data. The unemployment rate for the period increased to 27.6% from a prior recording of 27.1%, further indicating how the South African is struggling to expand and create jobs. The rand was more reactive of the trends in other emerging market currencies which strengthened against the greenback. The rand peaked at a session high of R14.19/$ before it was recorded trading 0.74% firmer at R14.22/$ at 17.00 CAT. 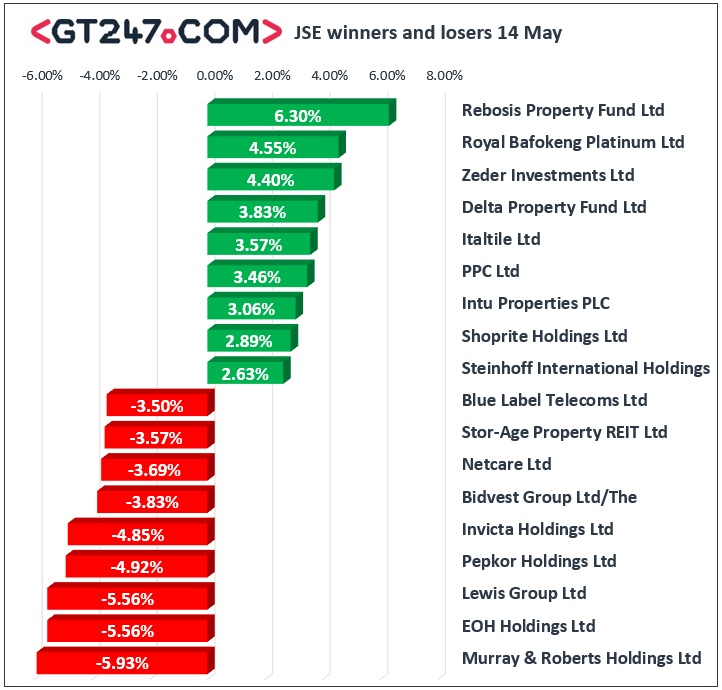 Brent crude has remained buoyant and as it advanced further in today’s session. It was trading 1.1% firmer at $71.00/barrel just after the JSE close.