The JSE eked out gains on Tuesday mainly on the back of gains recorded in resources and rand hedges which were buoyed by the weaker rand.

Eskom’s liquidity woes as well as a stronger US dollar saw the rand retreat to a session low of R14.33/$. The rand was trading 1.2% at R14.31/$ at 17.00 CAT, with further signs of potential weakness being exhibited by the US dollar which continued to advance against a basket of major currencies.

Stocks were mixed in Asia were the Shanghai Composite Index closed 0.16% weaker while the Hang Seng was unchanged on the day. In Japan, the Nikkei managed to gain 0.19%. European stocks also traded mostly flat however the US was slightly bullish as investors look to earnings releases for market direction. 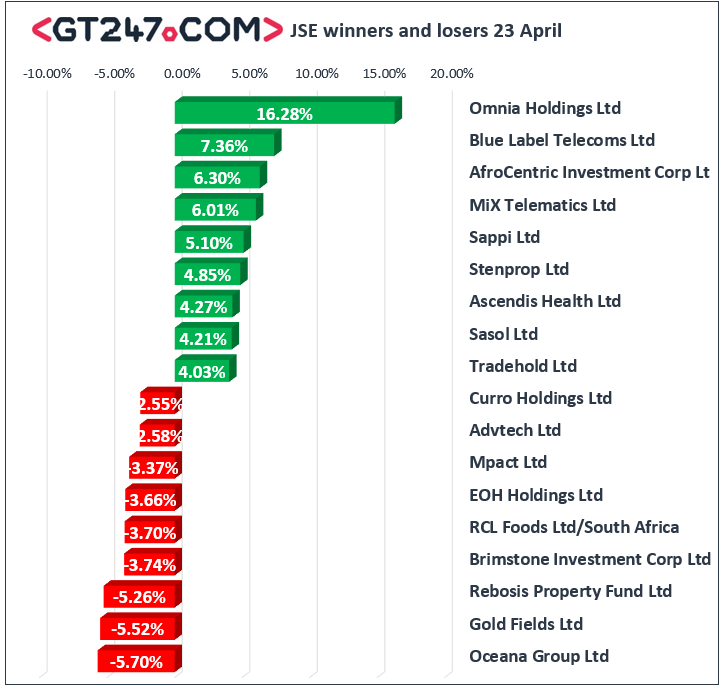 The JSE All-Share index eventually closed 0.54% firmer while the JSE Top-40 index managed to add 0.59%. The Financials index closed 0.86% weaker, however gains were recorded for the Resources and Industrials indices which rose 1.37% and 0.74% respectively.

Brent crude reached levels last recorded in November as the USA intensified its sanctions on Iran. The commodity peaked at a session high of $74.72/barrel before it was recorded at $74.56/barrel just after the JSE close.