The JSE held on to its gains to close firmer on Thursday as global markets remained upbeat following consecutive sessions of gains.

Trading was relatively choppy across the JSE and on European counters as investors waited in anticipation for the ECB’s press conference following its interest rate decision. As widely expected, the ECB has resolved to stop its asset purchase program which has been in place for nearly a decade. The primary impact of this move is the reduction of liquidity within the capital markets however, the ECB cautioned when it comes to tightening its monetary policy any further given the slower growth.

The ECB’s press conference resulted in some volatility for the euro as it lost ground against the greenback. The stronger US dollar also saw the rand giving back its gains as it fell to a session low of R14.22/$. The rand was trading 0.6% weaker at R14.18/$ at 17.00 CAT. 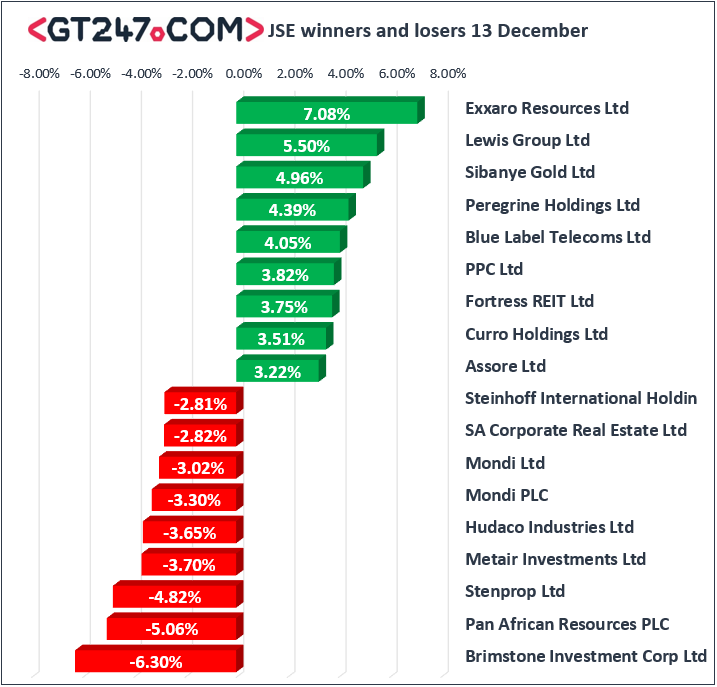 The JSE All-Share index inched up 0.26% while the JSE Top-40 index barely closed 0.08% firmer. The Industrials index closed 0.36% softer, however the Resources and Financials indices managed to record gains of 1.18% and 0.43% respectively.

Brent crude traded relatively mixed, which saw it trading 0.95% firmer just after the JSE close after having struggled for most of the day’s session.