The JSE tracked other global markets on higher on Friday as the risk-on sentiment persisted.

The bullish sentiment was also supported by optimism over the potential end to the trade war between the USA and China, after US Treasury officials were quoted as advocating for the removal of tariffs. Asian markets rocketed on the back of this news with the Shanghai Composite Index climbing 1.82% while the Hang Seng added 1.25%. In Japan, the Nikkei gained 1.29%. 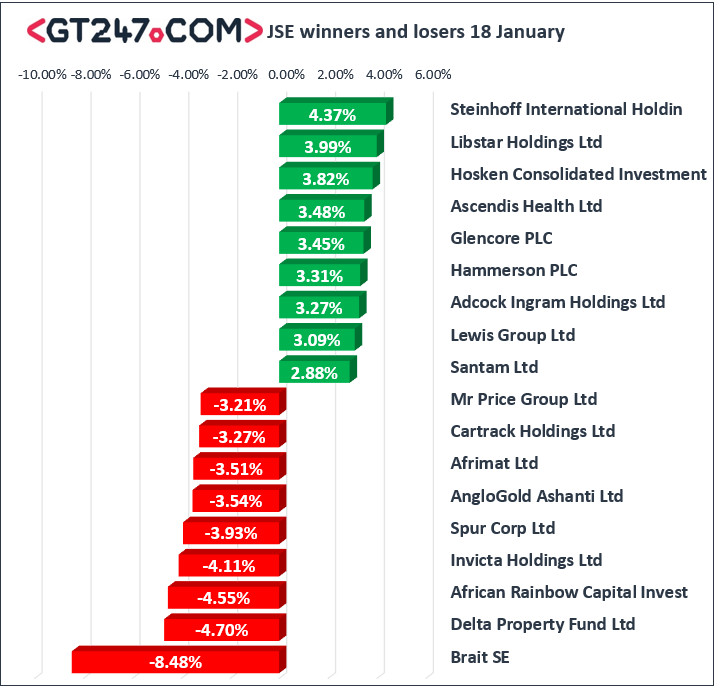 The JSE Top-40 index closed 0.95% higher, while the broader JSE All-Share index added 0.84%. All the major indices managed to record gains on the day. The Industrials and Resources gained 1.01% and 1.35% respectively, while the Financials index held on to its gains to close 0.14% higher despite a softer rand.

Brent crude gained some momentum following the previous session’s minor slump. The commodity was trading 0.77% higher at $61.65/barrel just after the JSE close.