The JSE closed firmer on Tuesday as it took a leaf from European and US equities which were buoyant on the back of good corporate earnings out of the USA. 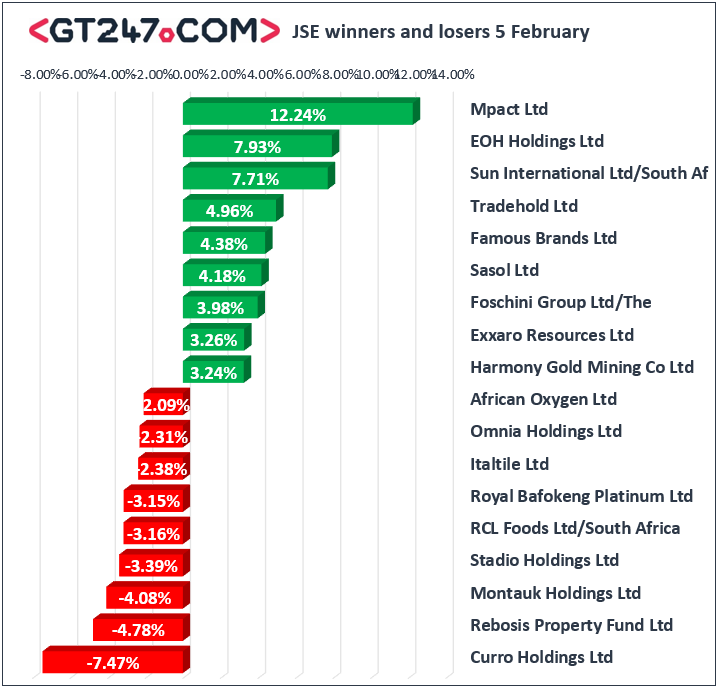 The JSE All-Share index closed 1.53% stronger, while the JSE Top-40 index managed to gain 1.73%. The Industrials index was the biggest gainer of the day as it climbed 2.11%. The Financials and Resources indices gained 0.87% and 1.33% respectively.

Brent crude traded mostly flat on the day before it slumped in the afternoon session. The commodity was trading 0.62% weaker at $62.12/barrel just after the JSE close.