The JSE traded mostly flat on Monday before closing firmer as investors looked for fresh signals on market direction.

Following last week’s slump, the tone remains cautious across most global indices with gains being relatively modest. Markets in the USA and the United Kingdom were closed on Monday which also added to the relatively subdued trading activity across global indices. The trade war between China and the USA remains a thorn in the flesh of most investors and inevitably this will remain the talking point in the short to medium term.

On the currency market, the rand was mostly stable as South Africa’s cabinet announcement was postponed to a later date. The rand did weaken marginally but mainly on the back of a firmer US dollar. The rand weakened to a session low of R14.47/$ before it was recorded trading 0.4% weaker at R14.44/$ at 17.00 CAT. 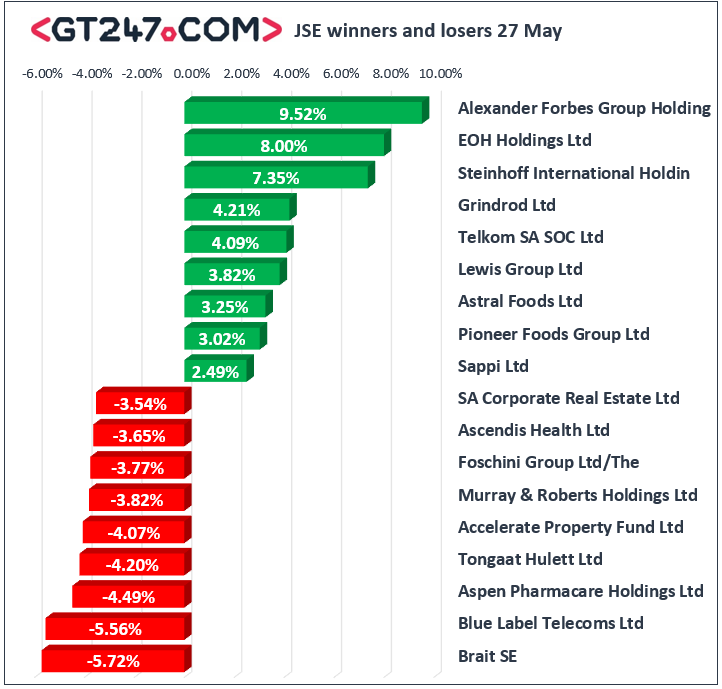 Brent crude advanced in today’s session mainly on the back of increased tensions in the Middle East as well evidence of reduced output from OPEC. The commodity was trading 0.87% firmer at $68.06/barrel just after the JSE close.