The JSE closed firmer on Tuesday mainly on the back of advances recorded in rand hedges and miners.

British American Tobacco [JSE:BTI] advanced in London and Johannesburg as analysts published a higher price target compared to where it has been trading in recent sessions. On the JSE, the stock closed the day 5.95% higher at R449.42. ABSA Group [JSE:ABG] was also buoyant on the day as the bank announced that the CEO, Maria Ramos, would be stepping down in February. The share closed the day 6.08% firmer at R186.28. 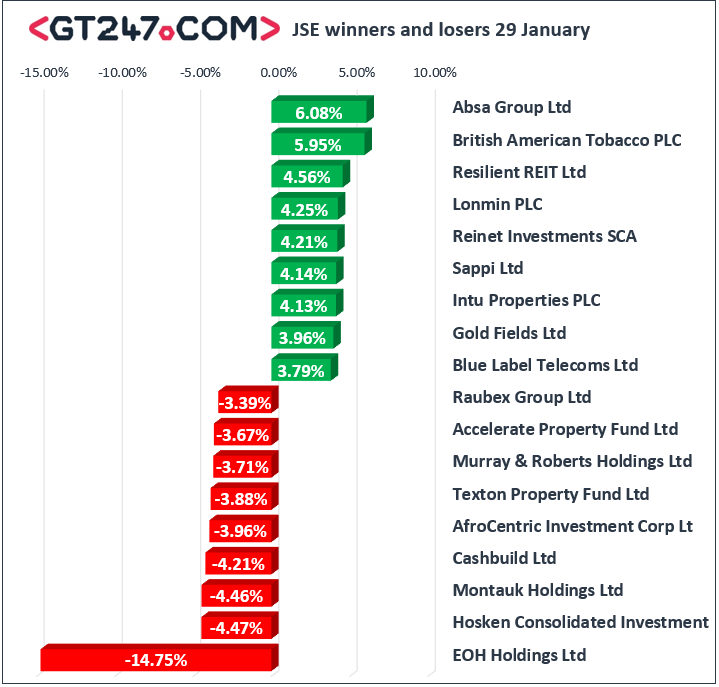 The JSE All-Share index closed the day up 1.15% while the JSE Top-40 index gained 1.28%. All the major indices closed in the green with the Financials index advancing the most as it gained 1.47%. The Industrials and Resources indices gained 1.08% and 1.13% respectively.

Brent crude rallied on the back of a news that Saudi Arabia pledged to increase crude oil output cuts more than the initial estimates as they try to revive oil prices. The commodity was trading 2.4% firmer at $61.37/barrel just after the JSE close.