Industrials continue to weigh on the JSE

Local stocks closed softer on Thursday mainly on the back of losses recorded in industrials and resources stocks.

Trading across global stocks was mixed as signs rose of a potential rift in the US-China trade war despite earlier indications of a possible resolution between the world’s two largest economies. Further evidence of slowing economic growth was shown by the weaker Manufacturing and Services PMI data out of the European Union. The ECB decided to keep its main refinancing rate unchanged at 0.00% as it highlighted its concerns over a slowing European economy as well as concerns over Brexit. 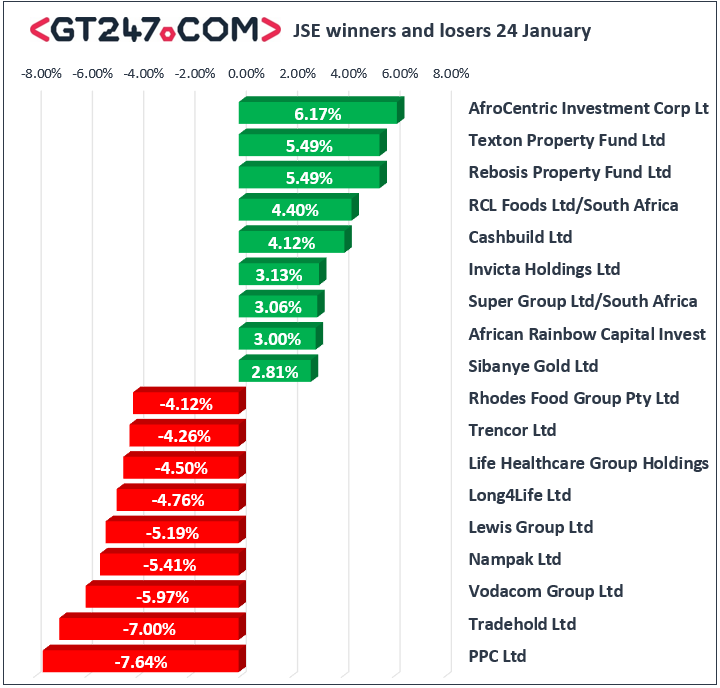 The JSE Top-40 index closed 0.77% weaker while the broader JSE All-Share index shed 0.71%. The Financials index was the only index to close in the green as it gained 0.48%. The Industrials and Resources indices dropped 0.91% and 0.88% respectively.

Brent crude was trading mostly weaker on the day and it was recorded at $61.01/barrel just after the JSE close.