The major Indices have been gaining momentum to the upside throughout last week and with that dismal Jobs number reported we might just see an easing of U.S interest rates by the FED sooner than later.

The decline might spark the FED to cut interest rates by 25 basis points as early as next week, but more evidence of a weakening economy might be needed.

Fear in the market persists if the CNNBusiness Fear and Greed Index is anything to go by which has seen an uptick from a week ago when extreme fear overwhelmed market participants.

The U.S markets have been gaining momentum from the possibility that the FED might have to cut rates earlier that expected. 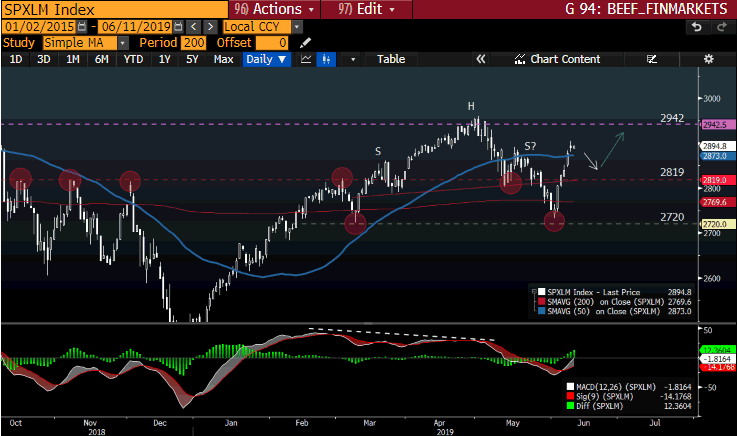 Brexit is back in the loop as the U.K’s top contenders battle it out to replace Theresa May by the end of July and it seems Boris Johnson is the firm favourite to take the top post in the land.

Johnson who came out over the weekend and stated that he would raise the point at which workers would pay 40% Tax from 50 000 pounds to 80 000 pounds to win favour. Another leading contender, Dominic Raab says he would rather leave without a deal than delay the exit, will launch his campaign under the banner of “Building a Fairer Britain” - Reuters

The U.K GDP numbers also disappointed to the downside on Monday as the GDP (MoM) number come in at -0.4%. The UK Industrial and Manufacturing Production also declined sharply across the board.

The British Pound (GBP) slipped lower after the news boke on Monday and might be under pressure for some time to come.

Some technical points to look out for on the FTSE 100 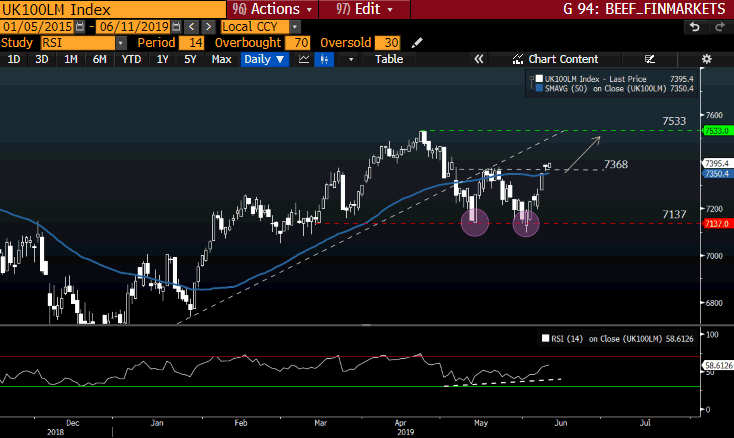 The South African economy has been placed firmly into the spotlight once more as the first quarter drop in Gross Domestic Product (GDP) the most in a decade has raised alarms with Moody’s. The credit rating agency is seeing the first quarter drop as a credit negative for the banks. Moody’s is the last rating agency to have South Africa’s sovereign debt at investment grade and is set to review in November 2019.

The South African Rand (ZAR) has been volatile over the last couple of weeks and might just lose more steam against the U.S Dollar (USD) if things don’t get better soon.

Some technical points to look out for on the ALSI: 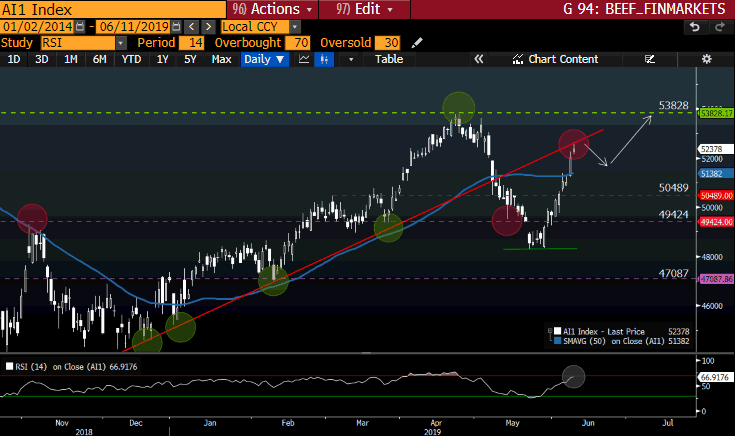