Local stocks slumped on Friday as markets anticipated a disappointing US jobs number for the month of March.

Global markets retreated in tandem as investors forecasted job losses to be recorded for the month of March. US jobs data for the month of March came in worse than expected as the US economy lost 701 000 jobs compared to the estimated loss of 100 000 jobs. This cemented the downtrend for global indices which were already trading mostly weaker on the day. With the US economy going into an extended shutdown, there are fears that the economic outlook could get worse within the medium-term.

On the currency market, the rand has continued to slump against the greenback and it failed to get a reprieve even as the greenback wobbled due to the weaker jobs data. The rand fell as low as R18.86/$ before it was recorded trading 1.95% weaker at R18.81/$ at 17.00 CAT. 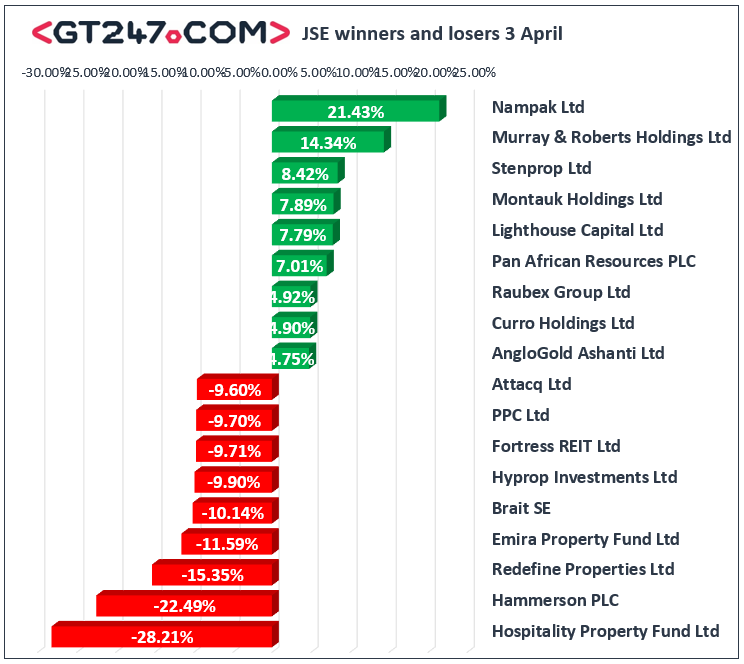 The JSE All-Share index eventually closed 1.03% lower while the JSE Top-40 index lost 0.9%. The Industrials index lost a relatively modest 0.43%, however the Financials and Resources indices lost 2.77% and 0.93% respectively.

Brent crude remained buoyant in today’s session as it was recorded trading 11.89%n higher at $33.47/barrel just after the JSE close.