The JSE fell along with other global equity markets amid a stock market tumble led by European and US equities.

Risk-off was the order of the day as investors remained bearish due to several factors ranging from Brexit, Chinese economic growth and Italy’s budget. US corporate earnings from companies such as Caterpillar and 3M failed to inspire a surge in New York as both the Down Jones Industrial Average and S&P500 opened significantly weaker. In earlier Asian markets trading the Hang Seng fell by 3.08% while the Shanghai Composite Index lost 2.66%. 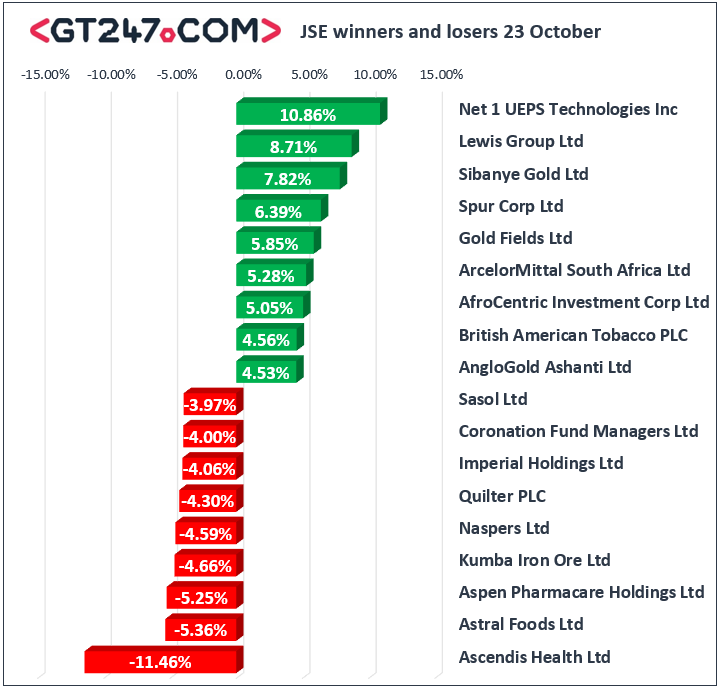 Brent crude slumped further as Saudi Arabia reiterated its pledge to maintain adequate supplies to global markets. The commodity had fallen 2.58% to trade at $77.78/barrel just after the JSE close.