The JSE surged on Wednesday as global markets rebounded on the back of good corporate earnings releases from US and European stocks.

Earnings from US tech giant Apple beat analyst estimates by a significant margin and as a result spurred the Dow Jones and S&P 500 to close firmer on Tuesday. Positive earnings from stocks such as McDonald’s and General Electric have also seen improved global sentiment. In Asia, the Hang Seng resumed trading and took a knock eventually closing 2.82% weaker, while in Japan the Nikkei advanced 0.71%. Chinese equity markets remain closed. Gains were relatively modest in Europe while US equities opened firmer.

Market participants await the Fed’s interest rate decision which is expected on Wednesday at 21.00 CAT. The Fed is forecasted to keep rates unchanged at 1.75% however more focus will be on the bank’s plans to inject further liquidity into the financial markets through asset purchases. The Fed has already embarked on extensive liquidity injections into the financial system through the repo market as liquidity in financial institutions has dried up.

The rand recovered overnight from its slump and today it was trading in a narrower range. The local unit barely traded firmer against the greenback as it peaked at a session high of R14.52/$ before it was recorded trading 0.45% weaker at R14.61/$ at 17.00 CAT. 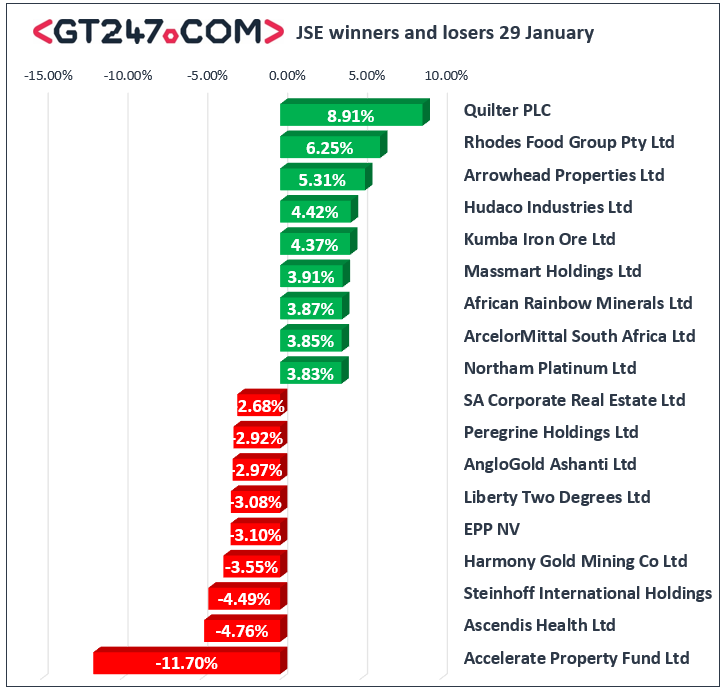