The JSE inched higher on Tuesday mainly on the back of gains recorded amongst JSE listed miners.

PGM miners on the JSE advanced in today’s session as palladium surged to briefly break above $1600/Oz, as it peaked at $1601.52/Oz. Other metal commodity prices such as gold were also firmer on the day which helped the Resources index to close amongst the day’s biggest gainers. Sentiment across Europe and the USA was also bullish as market participants anticipate a more dovish stance from the US Fed’s policy statement on Wednesday, which will incentivize investors to seek riskier assets such as stocks. 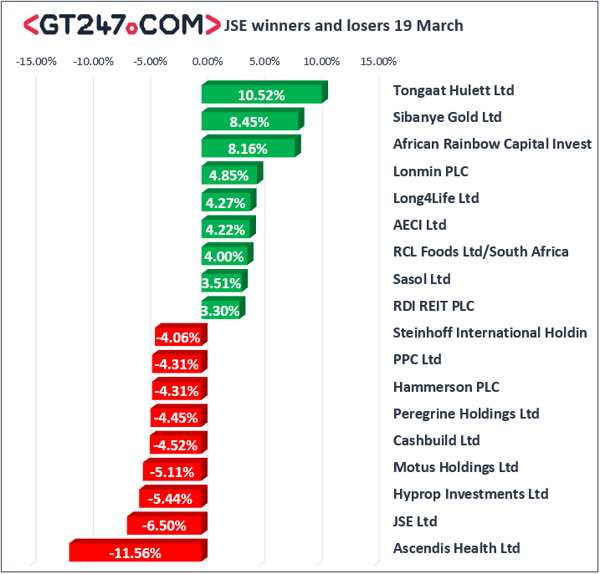 The rand traded mostly firmer on the day managing to reach a session high of R14.33/$. The local currency came under pressure from the stronger US dollar which saw the rand retreat to trade at R14.44/$ at 17.00 CAT.

A volatile session ensued for brent crude as it surged to a session high of $68.20/barrel before it came under pressure and pulled back to trade 0.19% softer at $67.41/barrel just after the JSE close.