With a seemingly success of the G20 summit behind us the United States and China have called for a truce on their trade disputes for now. Whether the two nations can commit to a lasting arrangement in the long run remains to be seen, as markets start digest the news.

Taking a closer look at the DXY

The U.S however have turned their focus on the European Union once more with threats of imposing tariffs on $4 billion of additional EU goods. We have seen the U.S Dollar Index (DXY) react to this news on Monday and started to gain momentum.

The DXY is currently at a resistance point and might just weaken from here as the Non-Farm Payrolls (NFP) jobs numbers might deliver a surprise approach this Friday. 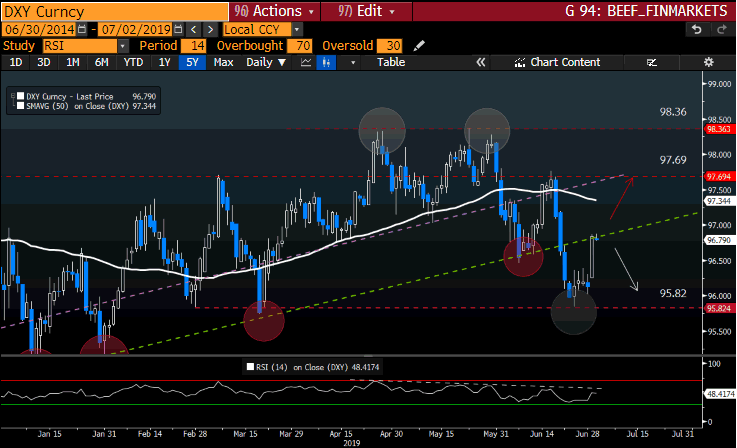 Brexit is still the focal point as growth in the U.K housing market starts to fade as Brexit concerns deepen. Weaker than expected Manufacturing PMI data has also reaffirmed growth concerns in the United Kingdom. The U.K Construction data released today has also disappointed and came in lower than expected.

Some technical analysis points to look out for on the GBPUSD: 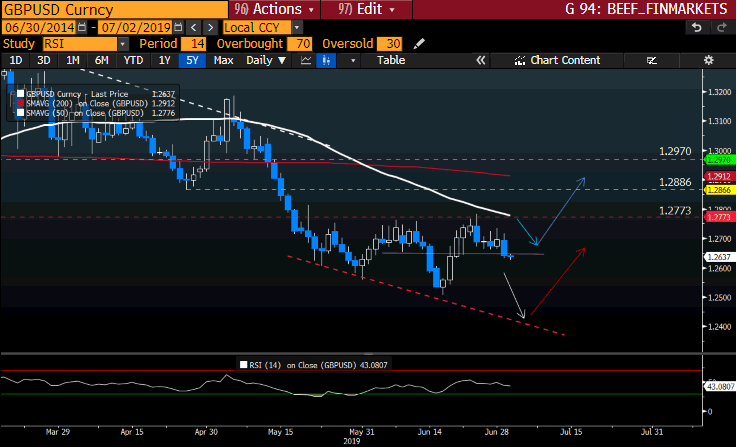 The Japanese Yen is usually regarded as a safe haven currency has strengthen over the last couple of weeks as the U.S Dollar weekend. Yester days move on the currency pair can be attributed to participants seeking risk sensitive currencies as the U.S-China tariff truce kick off.

Some technical analysis points to look out for on the USDJPY: 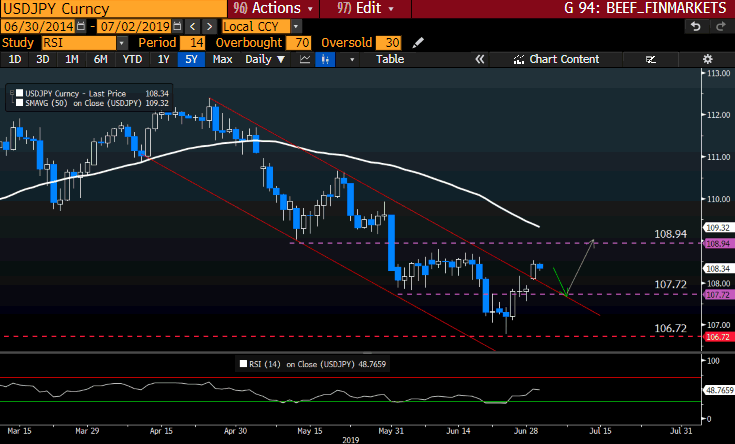 The South African Rand (ZAR) has gained strength against the U.S Dollar mainly due to Dollar weakness as the local economy is still in a state of disarray. We might see Emerging markets become the pick of the crop once more as markets risk appetite returns as the U.S-China trade truce brings some stability to international markets and global trade. 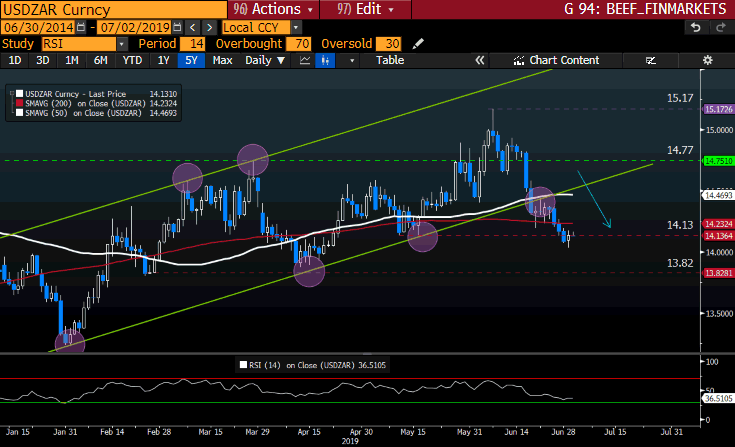 The USDMXN currency pair has seen increased volatility over the last couple of weeks as the U.S-Mexico border issue rages on and a freak heal storm cover parts of Mexico. Mexican Manufacturing data for June disappointed and slipped to an almost 2 year low as the U.S-China trade disputes take effect.

Some relief on trade might be expected as Emerging markets become attractive to investors once more over the medium term.

Some technical analysis points to look out for on the USDMXN:

Take note that this currency pair is extremely volatile, and one can expect wide price swings and extreme volatility. 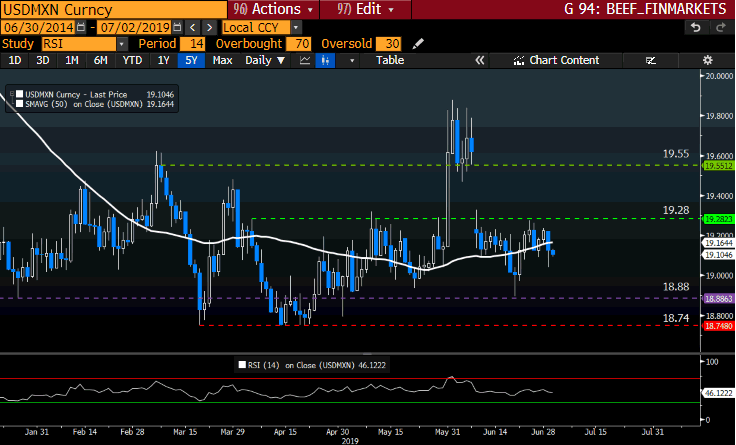