With central banks following the U.S Federal Reserve dovish outlook on Global economic growth concerns, the U.S Dollar has been taking strain since the FED’s last meeting. The greenback posted its worst weekly decline in four months and we might see more downside to come.

To add to the frustration, market participants will be waiting on the Group of 20 (G20) summit to see what transpires between U.S President Trump and China’s President Xi Jinping.

Taking a closer look at the DXY

The Dollar Index (DXY) is finding support at the March lows which coincides with the 95.82 level acting as support. The price action has broken out of the uptrend (green dotted line) and might continue to tick lower as economic uncertainty remain.

ECB President Mario Draghi also stated last week that Quantitative Easing is on the table if growth in the Eurozone continue to falter. We saw the Euro lose momentum as the market started to digest the information. The Euro has since then benefited greatly from the depreciating Dollar (USD) which has seen the currency pair gain momentum to the upside.

Some technical analysis points to look out for on the EURUSD: 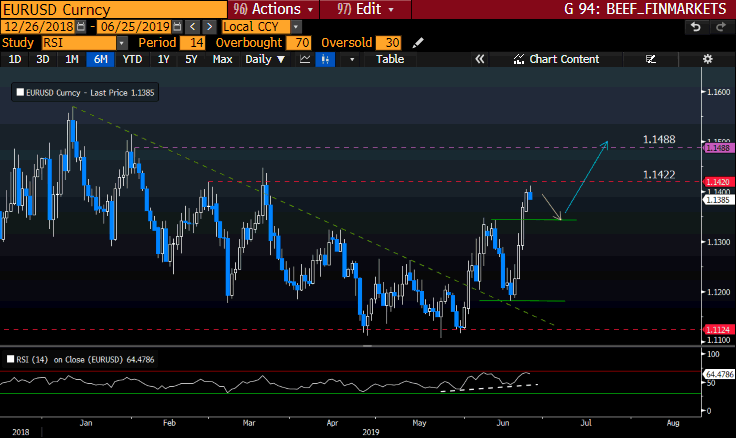 The Cable has seen its fair share of ups and downs over the last couple of months as Brexit or a lack of a Brexit has weighed on the British Pound (GBP). Sterling has also benefited from a weaker U.S Dollar as it has reached highs last seen a month ago and gaining momentum.

Prime Minister candidate Boris Johnson appeared on the BBC and continues to hold firm on his October 31st deadline for a Brexit. He also said “it’s not just up to us” signalling that he would need the EU’s co-operation in this regard to avoid a hard-Irish border.

Some technical analysis points to look out for on the GBPUSD: 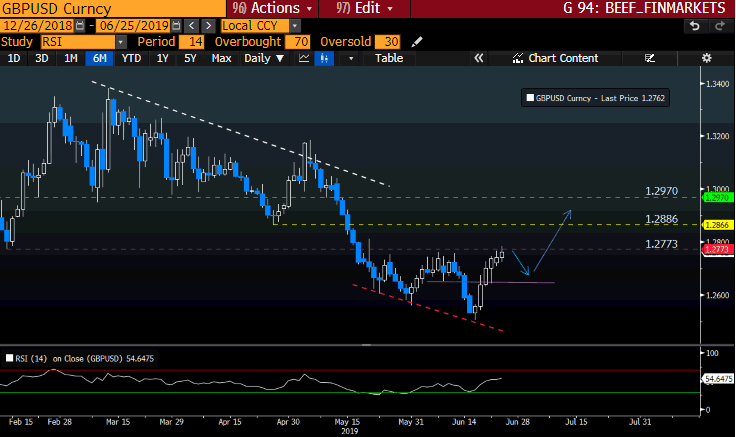 What the rest of the Majors have been up to over the last quarter:

Like most emerging market currencies, the Rand (ZAR) has benefited greatly from the weakness we have seen on the U.S Dollar (USD). There is still a lot of work to be done to get the economy back on track as failing SOE’s remain firmly in the spotlight.