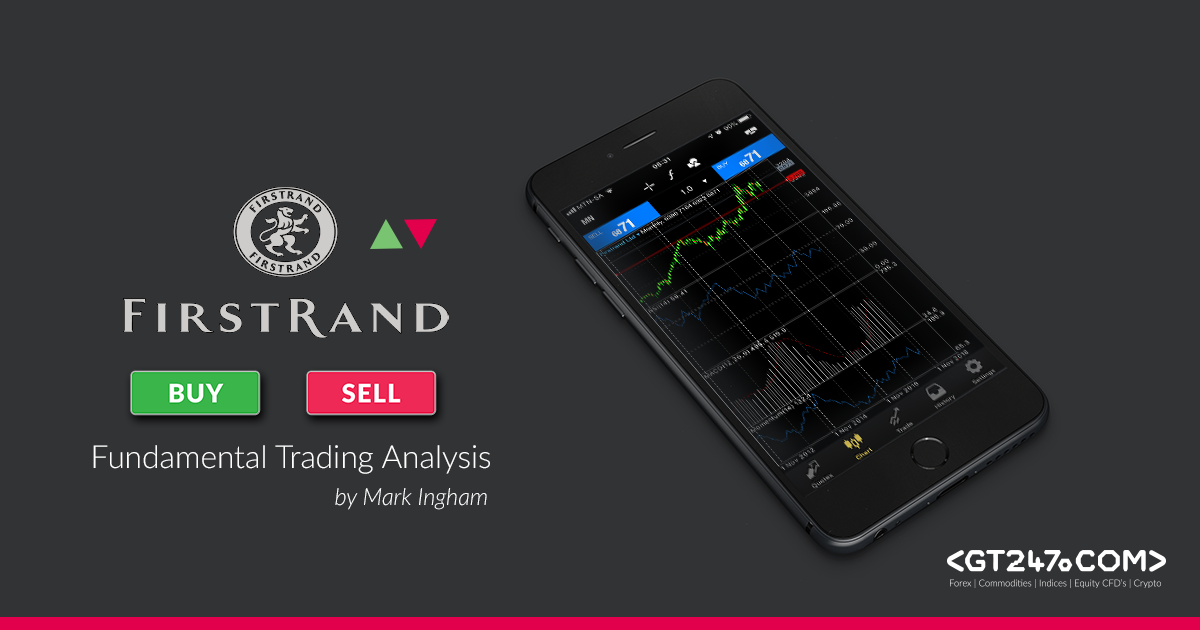 I have consistently maintained FirstRand as preferred exposure in this sector and that the bank warrants a premium in the banking sector. But that deserved premium is now stretched to perfection and macro-economic wobbles or political upsets leaves FirstRand vulnerable to downward correction. We have already seen the share prices of competitor banks come off in the past week whilst FSR has flatlined.

I have consistently maintained FirstRand as preferred exposure in this sector and that the bank warrants a premium in the banking sector. But that deserved premium is now stretched to perfection and macro-economic wobbles or political upsets leaves FirstRand vulnerable to downward correction. We have already seen the share prices of competitor banks come off in the past week whilst FSR has flatlined.

Competitors in the Big Four also offer better dividend yield - ABSA on a relatively chunky 7.0%, Nedbank on 5.6%, and Standard Bank on 5.5%.

On a PE basis, the newly rebranded ABSA is top of the tree. It may not have the best drivers and it ranks as my least favourite of the Big Four, but cheap is cheap at a forward PE of 8.1x. Fancy Nedbank? The green bank can be had for 9.3x forward earnings. Standard Bank is 9.9x.

What about that all-important return on equity, the holy grail of analysts’ bank metrics?

FirstRand is on 22% - which is good, well ahead of its rivals, and comparing well with a cost of capital of around 14%. This is also to do with the slightly different earnings composition of FirstRand relative to rivals. FNB gets a ROE of 40%, RMB 25%, and WesBank 17%. Aldermore in Britain will be around 13% going forward.

ABSA is on 15% but even that isn’t bad by world bank standards, even allowing for the higher risk and cost of capital here. Nedbank is also on 15% so ABSA isn’t in shabby company. Standard is on 16%, only slightly ahead.

But that ROE difference is also reflected in the rating differential. However, if you are a yield seeker and you know that ABSA isn’t going bust any time soon then it is a no-brainer.

Earnings growth for all banks is going to be muted for the medium term. FirstRand will be lucky to get 8% growth on average over three years. ABSA will be around 6%, which is in line with nominal GDP (being essentially no real growth to speak of). Nedbank and Standard Bank I have in the FirstRand region at a nudge above 8%. So, no excitement on earnings, and there shouldn’t be as all banks are constrained by low credit demand and low mortgage credit extension particularly.

Cost to income ratios will be under pressure in this environment. FirstRand has the best efficiency ratio of 51%, which compares with ABSA on 57%, Nedbank also on 57% and Standard on 56%.

In a low growth market with costs sticky, including occupancy and staff, it is going to be a challenge to keep productive resources incentivised and on board but doing more with less elsewhere. Information technology expenses, which have been on the high side for Standard, will have to be pared – and with new technologies and new footprint light competitors such as Discovery, Tyme and Zero climbing in, that is even more pressure.

As I have shown before, banks as an asset class are sensitive to bond yields, which, are affected by negative political and fiscal factors – and South Africa has more than its fair share of those, all self-inflicted. Interest rates are finely balanced at the short end, with little to motivate material cuts, whilst long rates seem stable for now at just above 9%. Foreigners are a big influence on the bond market, holding over 40% of domestic rand debt and liable to head for the hills if there is a political upset.

With the passage of time I have adjusted fair value to R57 with the target price at R62. At R69, I recommend a Trading Sell on FirstRand.