Retailers and financials led the JSE higher on Tuesday after the rand strengthened to a 2-week high against the greenback.

The rand briefly traded below R14 against the US dollar to reach a session high of R13.95/$. This was after news broke out that the South African parliament’s portfolio committee on public works had withdrawn the Expropriation Bill due to lawmakers reviewing a section of the constitution which allows for the government to expropriate land without compensation. The rand quickly erased those gains as it retraced to trade at R14.12 at 17.00 CAT. 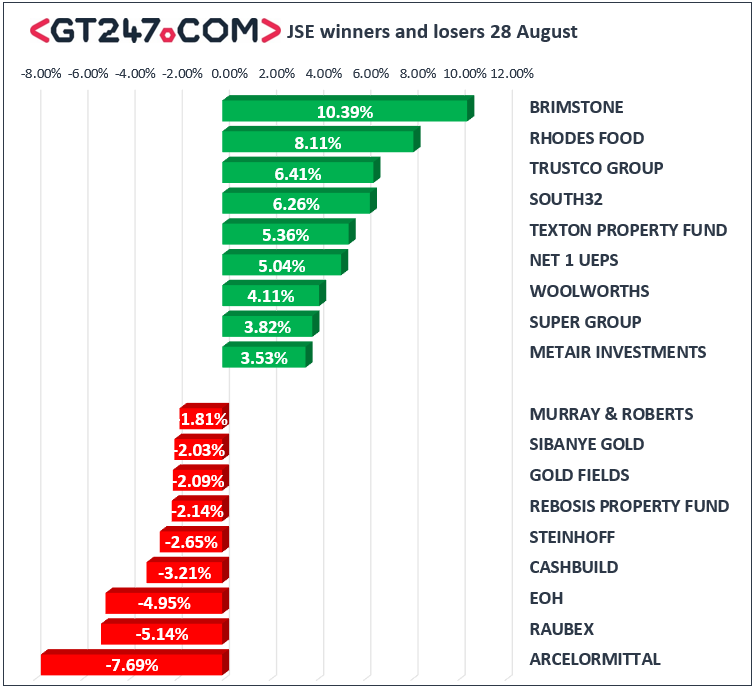 The JSE Top-40 index was largely trading in the green which saw it close 0.61% firmer, while the JSE All-Share index added 0.64%. The Financials index was inspired by the firmer rand as it closed 1.07% higher, while the Industrials and Resources indices added 0.59% and 0.35% respectively.