The JSE inched higher on Wednesday as it tracked other global indices higher which were inspired by the developments in Hong Kong.

Stocks rebounded after Hong Kong’s leader announced that she had formally withdrawn legislation which allows for extraditions to China, which has been the main cause of unrest over the past couple of months. Stocks on the Hang Seng surged 3.9% on Wednesday, while in mainland China the Shanghai Composite Index gained 0.84%. In Tokyo, the Nikkei only managed to add 0.12%. Equities in Europe and the USA also tracked mostly higher on the day.

The rand had a stellar day as it broke below R15/$ to peak at a session high of R14.81/$. The move in the rand is mainly attributable to the better than expected GDP numbers that were released on Tuesday as well as stronger demand for emerging market currencies. At 17.00 CAT, the rand was trading 1.84% firmer at R14.81/$. 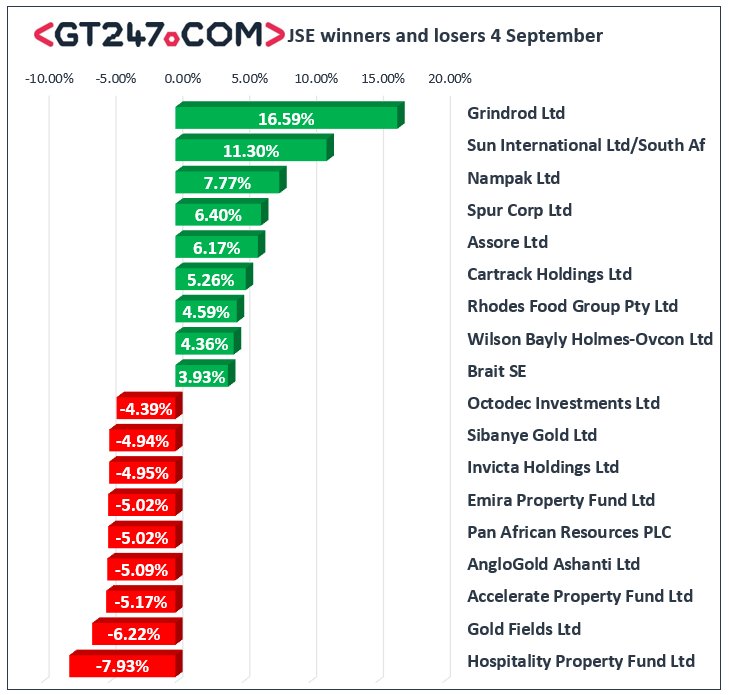 The blue-chip JSE Top-40 index eventually closed 0.32% firmer while the JSE All-Share index managed to add 0.24%. Resources came under significant pressure to close 1.46% lower, however the Industrials and Financials indices managed to gain 1.2% and 1.1% respectively.

Brent crude surged following positive economic data from China which is one of the world’s biggest oil consumers. The commodity was trading 3.45% higher at $60.27/barrel just after the JSE close.