A relatively flat trading session ensued on the JSE on Monday, but it eventually closed softer as it tracked other global indices lower.

Asian equities were mixed as the Hang Seng and Shanghai Composite Index closed flat, while the Nikkei closed 0.6% weaker. In Europe, there was broad based weakness as all the major indices traded in the red. The Dow Jones and Nasdaq also opened under significant pressure after Nvidia issued a profit warning ahead of its earnings release. Caterpillar missed its earnings estimates in its Q4 results released earlier today, adding further strain to US indices. 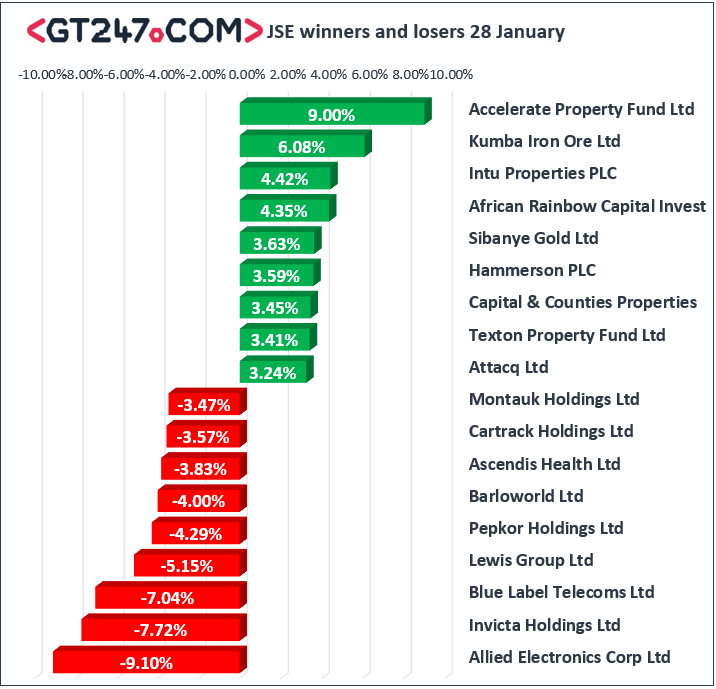 Brent crude came under significant pressure as evidence of increased oil production in the US surfaced through a rise in the number of rigs. The commodity had lost 2.38% to trade at $60.17/barrel just after the JSE close.