Firmer close for the JSE as rand advances

The JSE closed the week on a positive note as it closed firmer on Friday mainly on the back of gains in resources and financials.

Financials were buoyed by the firmer rand which peaked at a session high of R13.60 against the greenback. The strengthening of the rand was mainly on the back of the US dollar which weakened against a basket of major currencies as US Treasury yields rose. The weaker US dollar led to an appreciation in metal commodity prices as they traded mostly firmer on the day, which fed into the strengthening of JSE listed miners. 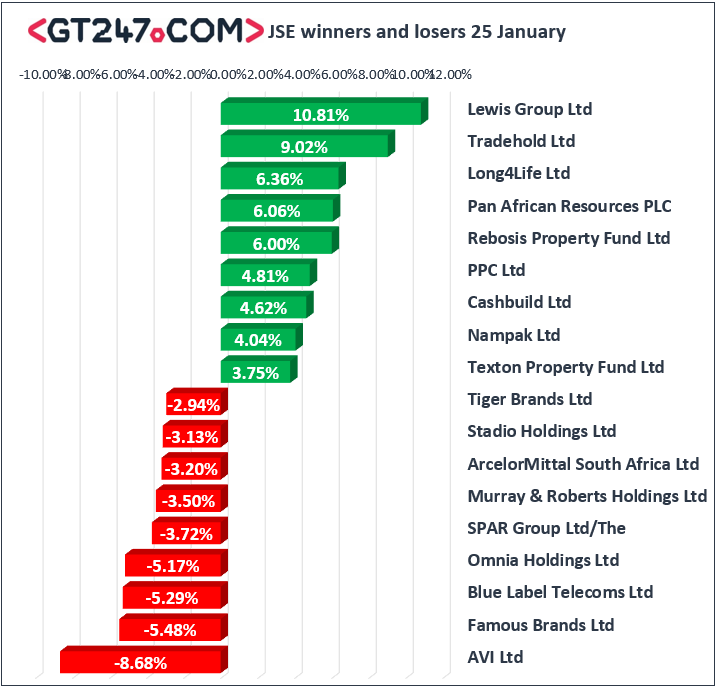 Brent crude recovered marginally on the day to eventually trade 0.67% firmer at $61.50/barrel just after the JSE close.