Financials weigh on the JSE

The JSE opened the week on the backfoot on Monday as it closed weaker mainly on the back of losses recorded in the financials index.

Counters on the financials index retreated mainly on the back of a milder rand, while weaker sentiment from Asia and other global markets also failed to lift the other segments on the local bourse. Stocks in Asia closed marginally firmer with gains of 0.19% being recorded for the Shanghai Composite Index while the Hang Seng added 0.14%. In Japan, the Nikkei rose 0.13%.

In Europe, stocks in Germany and France traded mostly weaker while in the United Kingdom the FTSE 100 traded mostly flat. Markets in the USA hovered near the recent all-time highs but there was no catalyst in terms of either news or economic data to get them over that line.

The rand did open firmer on Monday however it weakened on the back of a broad mild sell-off in emerging market currencies. The local currency fell to a session low of R14.40/$ before it rebounded to trade 0.23% weaker at R14.35/$ at 17.00 CAT. 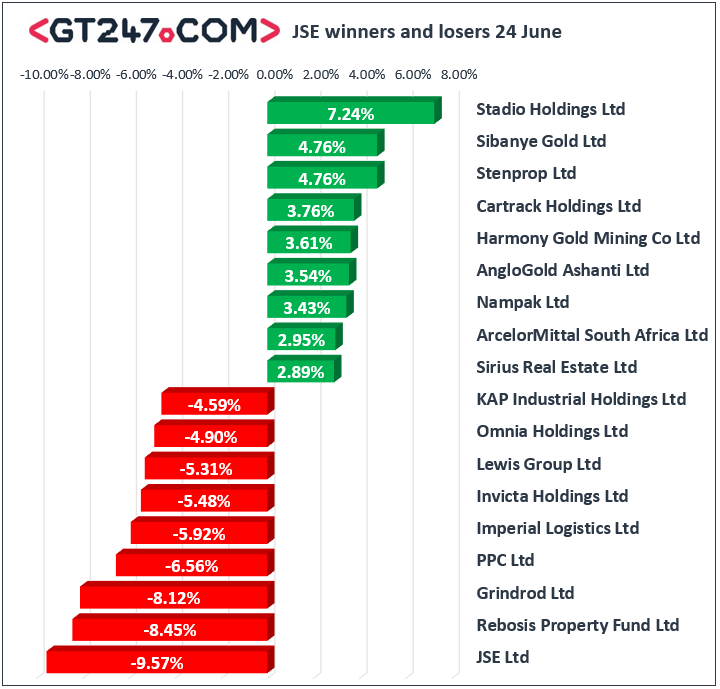 The blue-chip JSE Top-40 index eventually closed 0.39% softer while the JSE All-Share index shed 0.45%. The Resources index was the only managed to post gains as it added 0.75%. The Industrials and Financials indices lost 0.55% and 1.33% respectively.

Brent crude retreated from its recent highs to trade 1.13% weaker at $63.72/barrel just after the JSE close.