Financials rally on the back of the firmer rand

The JSE advanced on Thursday along with other global stocks as investors were optimistic on the back of the European Central Bank’s rate decision.

Focus was primarily on the ECB which cut the deposit rate by 10 basis points to -0.50% and announced a restart to its quantitative easing program from 1 November, with net purchases of 20 billion euros per month.

The USA and China are taking steps to ease trade tensions between the two sides ahead of their scheduled meetings in the coming weeks, with both sides announcing delays and exclusions in some of the tariffs which are due to kick in soon. This positive sentiment saw markets in Asia close mostly firmer while in the USA the major indices opened marginally higher.

On the currency market, the euro against the greenback advanced following the ECB’s press conference. This saw the rand also gain against the US dollar to a session high of R14.55/$. At 17.00 CAT, the rand was trading 0.46% firmer at R14.60/$. 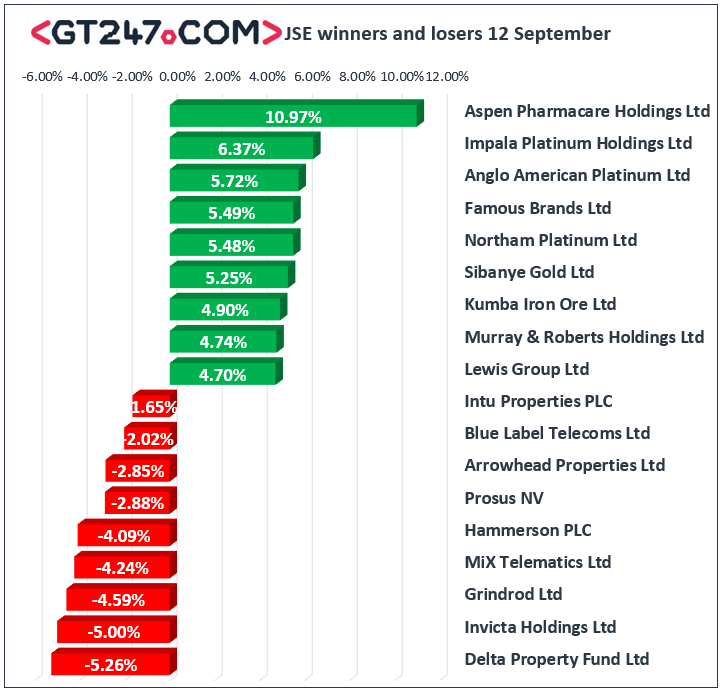 The JSE Top-40 index eventually closed 0.81% higher while the broader JSE All-Share index gained 1.1%. All the major indices advanced on the day led by the Financials index which rallied 2.04%. The Industrials and Resources indices gained 0.79% and 0.61% respectively.

Brent crude tumbled as data showed that the USA was producing more oil than some of OPEC’s biggest members. The commodity was trading 2.48% lower at $59.30/barrel.