The local bourse erased earlier gains to close softer on Thursday led by losses on the financials index.

Local stocks seemed to take a leaf from the firmer close in Asian markets where the Japanese Nikkei closed 0.55% firmer while the Hang Seng gained 0.87%. The Shanghai Composite Index closed flat as it shed 0.01%. Stocks in Europe traded mostly firmer on the day as the ECB left the main refinancing rate unchanged at 0.00%. In the USA, stocks retreated following the release of a couple of disappointing earnings. 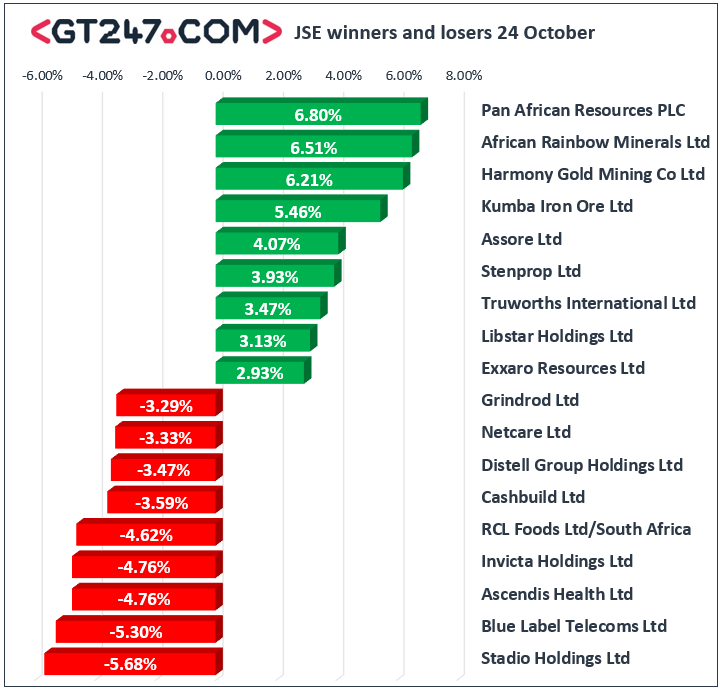 The JSE Top-40 index closed 0.24% weaker while the JSE All-Share index was unchanged. The Financials index lost 1.01%, while the Industrials and Resources indices only advanced 0.02% and 0.08% respectively.

Brent crude continued to advance on the day, and it was eventually recorded trading 0.36% firmer at $61.39/barrel just after the JSE close.