With Britain’s exit date approaching fast with Brexit negotiations continuing late into the night as time is running out ahead of the EU Summit in Brussels. Talks are set to continue today with EU official Michel Barbier set to brief EU ambassadors later today.

Both sides, EU and UK have said they hope to agree on a deal before the EU summit on Thursday and Friday, and if that happens, the government says it will introduce a withdrawal agreement bill to be voted on next Saturday in a special Parliamentary session. – BBC

We might expect more volatility on the GBPUSD currency pair the closer we get to Thursday and Friday EU Summit in Brussels. Wednesday morning saw the cable rate move lower from 5-month highs as uncertainty over an orderly Brexit continues. 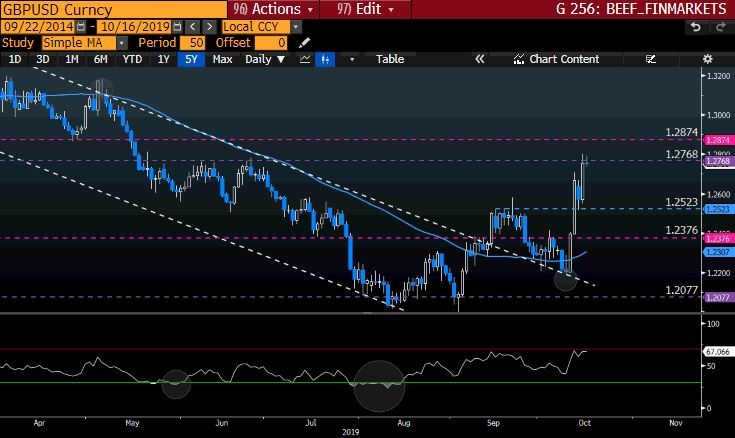 The broader market is feeling the pinch as Brexit drags on, and Eurozone economic uncertainty persists, which saw European stocks open lower on Wednesday.

Technical points on the FTSE 100: 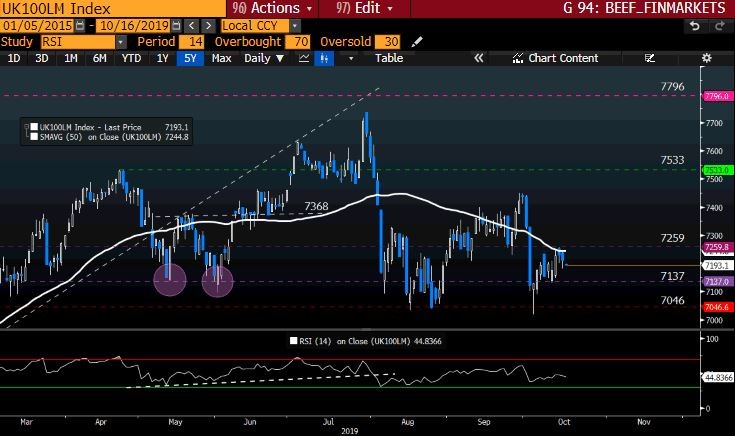 Technical points on the DAX 30:

While the Euro remains under pressure, we might expect the German Dax to push higher while the Eurozone uncertainty remains. 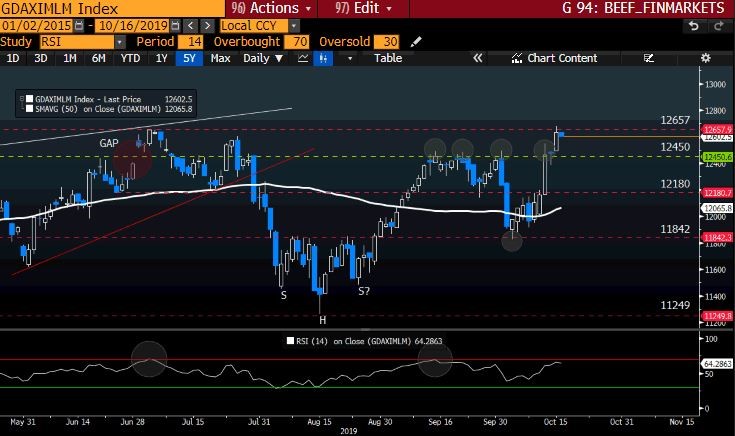