The JSE closed firmer on Monday mainly on the back of improved sentiment in European automotive stocks which saw European equities inch higher.

Stocks in Europe were buoyed following a report that China was considering cutting taxes on car purchases by more than half, to boost demand for the automobile sector which has been adversely affected by the trade war. In Asia, markets were mixed as the Shanghai Composite Index dropped 3.05% while the Nikkei shed 0.16%. The Hang Seng managed to eke out gains of 0.38%. 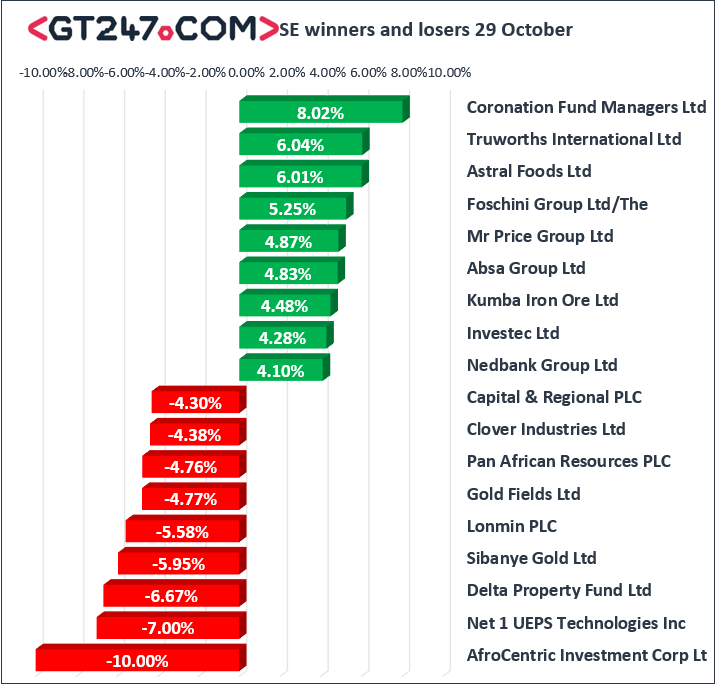 The JSE All-Share index closed the day up 0.95% whilst the JSE Top-40 index managed to add 1.03%. The Industrials index came under pressure as it lost 0.29%, however the Resources and Financials indices gained 2.17% and 2.87% respectively.

The rand traded mostly firmer against the US dollar as it peaked at a session high of R14.41/$. This was despite the US dollar advancing against a basket of major currencies. At 17.00 CAT, the rand was trading at R14.51/$.

Brent crude was trading softer on the day as it slipped to a session low of $76.81/barrel, before rebounding to trade at $76.99/barrel just after the JSE close.