JSE caps off week of gains

The JSE capped off a week of gains as it closed firmer on Friday mainly on the back of improved global sentiment for stocks despite a difficult month of August.

Major world indices tracked higher on the day starting off in Asia where the Nikkei rallied 1.19%, while the Hang Seng and Shanghai Composite Index gained 0.08% and 0.25% respectively. In Europe, the major counters advanced on the day while in the USA stocks also managed to open firmer. 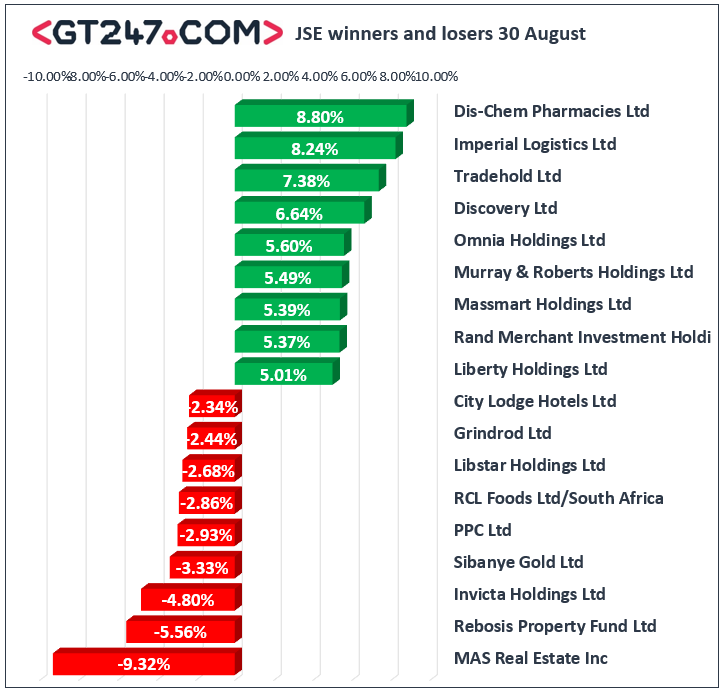 The JSE All-Share index closed 1.35% higher while the blue-chip JSE Top-40 index also gained 1.35%. All the major indices closed firmer on the day with the biggest gainer being the Financials index which gained 2.46%, while the Industrials and Resources indices added 0.86% and 1.52% respectively.

Brent crude slipped on the day as a report from OPEC indicated an increase in production output which is contrary to the intended policy of decreasing output. The commodity was trading 2.93% lower at $58.67/barrel just after the JSE close.