The all-share index eventually closed weaker on Tuesday following a mixed session in which the local bourse swung between gains and losses.

Most global markets remained in the red due to the negative sentiment which carried over from Monday’s slump. With fears over the spread coronavirus still rife, there is a tentative approach for riskier assets such as stocks. The Japanese Nikkei resumed trading today and tumbled 3.34%, while the Shanghai Composite Index lost a more modest 0.22%. The Hang Seng inched up 0.27%. Losses were recorded across all the major European bourses however the losses were more modest in comparison to the prior session.

Locally, market participants shift their attention to South Africa’s budget speech which is slated for Wednesday at 14.00 CAT. Of more significance will be how Moody’s Investors Services rates South Africa’s sovereign rating given that it recently downgraded its GDP forecast. 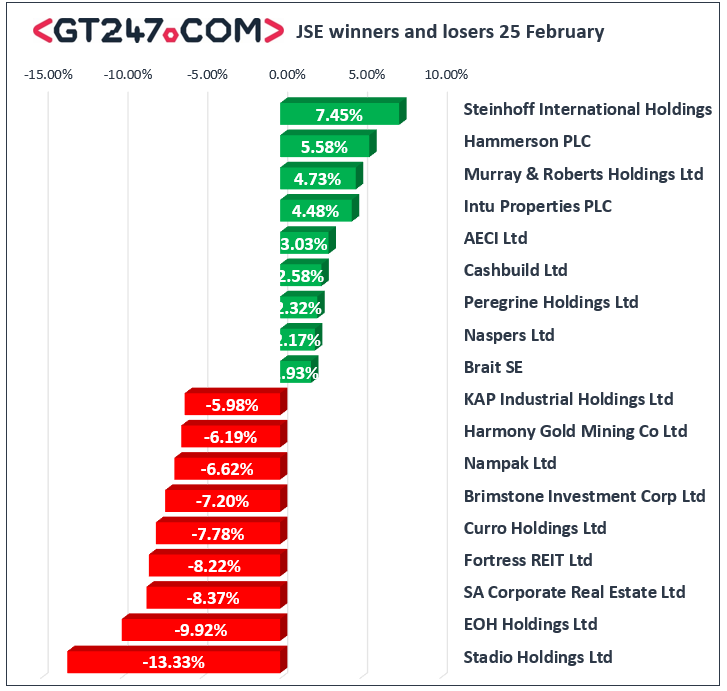 Thanks to gains in some of the index giants the JSE Top-40 index eked out gains of 0.04%, however the broader JSE All-Share index shed 0.13%. The Industrials index managed to post gains of 0.45%, but the Financials and Resources indices retreated 1.08% and 0.27% respectively.

Brent crude traded mostly flat on the day and it was recorded trading 0.38% softer at $55.56/barrel just after the JSE close.